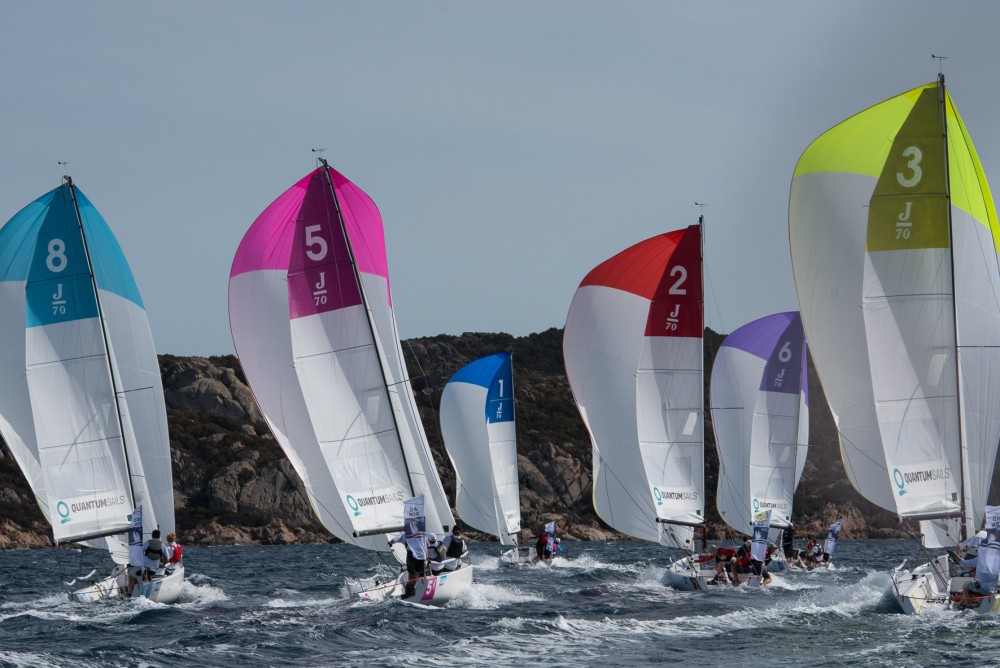 Today 30 of the best sailing clubs from Europe are on the starting line at the SAILING Champions League 2015. Until Sunday the clubs from 14 nations will be competing in 48 planned races (twelve for each club) at the Yacht Club Costa Smeralda in Porto Cervo, Sardinia to win the sought-after silver trophy from Robbe & Berking and the title of “best sailing club in Europe”. Numerous top sailors from Olympic classes, match racing and different keel boat classes are attending in Sardinia.

Coming just a year after the premiere of the new, international club competition, the SAILING Champions League, this is the second showdown of the best sailing clubs from Europe. The 30 clubs have travelled from all directions to Sardinia, from Finland in the North and from Italy in the South, Great Britain in the West and Russia in the East, to fight for the title currently held by the Royal Danish Yacht Club.

The only all female crew will be on the starting line for the title defender from Copenhagen. Helmswoman Lotte Meldgaard together with Tina Gramkov, Helle Ørum and Anne Sofie Munk are the reigning World and European Champions and have a great deal of experience in match racing. However they are looking forward to the challenge of competing in fleet races at this event. “We always want to be at the top of the ranking, whenever we are sailing – also at the Champions League of course. At the Danish league events that we sailed for the Royal Danish Yacht Club (KDY) this year and in the previous year, we were always on the podium. This is what we want to achieve here in Porto Cervo as well”, explains helmswoman Lotte Meldgaard.

The start of the first race is scheduled for 14:30 today. You can watch all races and get results via the SAP Live Center (championsleague2015.sapsailing.com). On Saturday and Sunday, live broadcasting starts at 11:45 hours.