The final of the SAILING Champions League 2021 showed spectacular racing like never before in Porto Cervo, Sardinia (7-10 October 2021). For the first time, the final of the best sailing clubs in Europe took place in the harbour of the hosting Yacht Club Costa Smeralda and presented sailing sport at its best. In the eighth year of the SAILING Champions League (SCL), Esbo Segelförening, the Finnish Champion 2020, wins at its first appearance in the final. The second place was taken by the Swiss from Seglervereinigung Kreuzlingen, tied on points ahead of Flensburger Segel-Club from Germany in third and the Royal Danish Yacht Club in fourth.

“Best Yacht Club of the Year” is the title that the sailors of Esbo Segelförening (ESF) and their club are entitled to proudly represent for the next year, taking over from last year’s winner from Germany, the Segel- und Motorboot Club Überlingen. The young, talented crew of Lucas Karlemo, Victor Mesterton, Anton Eklund and Emil Lindblom took their second race win in the fourth and final race of the “Final Four” and crowned themselves winners of the SAILING Champions League 2021 at their first ever SCL final appearance. Anton Eklund, tactician of ESF: “The conditions were tricky, very shifty but good for us because that’s what we’re used to from Finland. We like it. We have a team that works well together that helped a lot. We kept cool in the final races, sailed our own races, had good starts and took the right shifts and stayed out of trouble. That could have been our key to winning. We are super happy!” 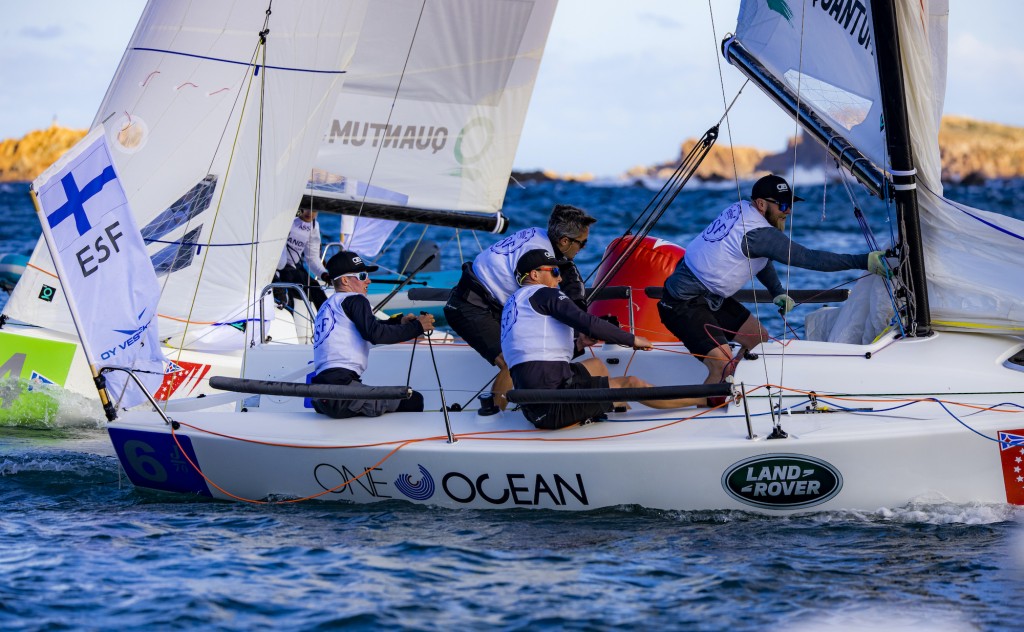 Four days of “champagne sailing”, wind around 20 knots and bright sunshine, that’s what the
29 clubs from 15 nations had been looking forward to – the perfect conditions for the SCL Final. This year, the wind gods meant it too well at the Costa Smeralda. On Thursday, sailing was out of the question due to strong winds and waves up to three metres high. On Friday, the Yacht Club Costa Smeralda (YCCS) convinced the local authorities to grant an exemption within three hours, which allowed sailing within the harbour – normally, setting sails is allowed in Italian harbours. This ensured the sporting events of the SCL Final. The protected races in the harbour area are a novelty in the YCCS club history and fascinated spectators on site, in the live stream and the media likewise.