Russian clubs leading after day one of the SAILING Champions League in St. Petersburg 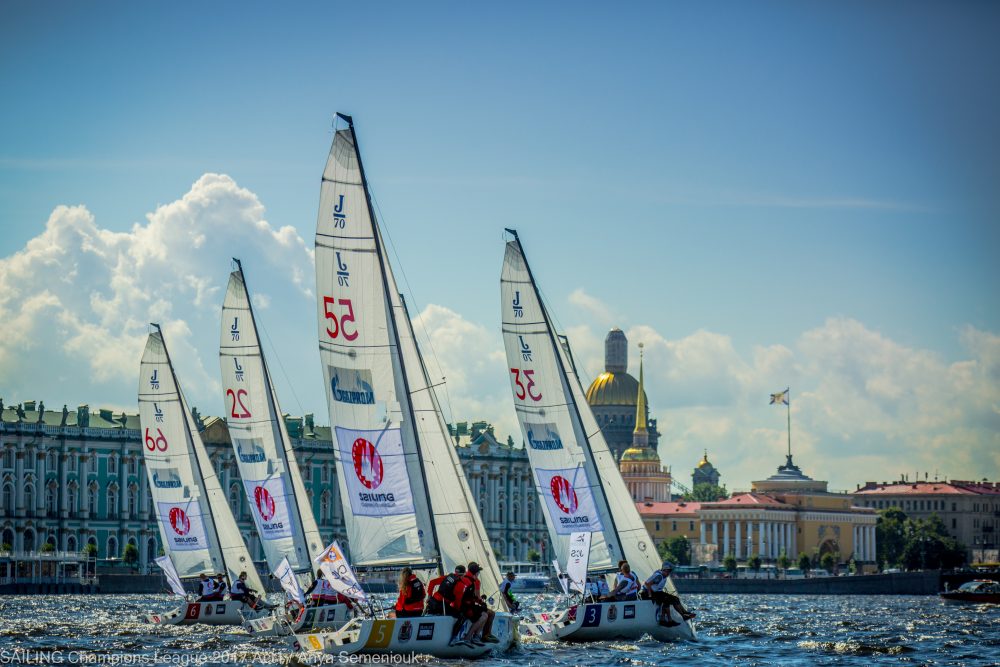 After 18 races on day one Ost Legal Sailing (OLS) from Vladivostok is leading the fleet. The Saint Petersburg Yacht Club (SPBYC) used its home advantage and held on to second place despite difficult currents.

“We didn´t expect such a good placement at all. We were head to head racing with Ost Legal Sailing and Åländska Segelsällskapet from Finland”, said Anna Basalkina, skipper form Saint Petersburg Yacht Club.

The qualification races in St. Petersburg will be continued Saturday, August 12th.

For three days the best clubs of the national sailing leagues are fighting to qualify for the final of the SAILING Champions League in Porto Cervo, Italy.

The best teams from Act 1 and 2 will compete for the title “Best European Sailclub” and the eligible silver champions´ bowl by Robbe & Berking.

SAP, the technological partner of the SAILING Champions League, will provide audience and viewers with a professional and thrilling livestream. The races will be shown live in the Internet on Saturday and Sunday starting at noon: www.sailing-championsleague.com. Several sailing experts and a host will guide the audience through the program and explain the fascinating sport of sailing to everyone. All the results can be found here: www.scl2017.sapsailing.com

ACT 1: St. Petersburg hosts the first event of the international championships of the best sailing Clubs from August 11th – 13. 2017. The first group of the best teams of the national sailing league is fighting to qualify for the SAILING Champions League´s final.

Final: The best 13 teams from the qualifying events in St. Petersburg and St. Moritz will meet in the final in Porto Cervo, Italy, September 22nd – 24th. They will be joined by the hosts, Yacht Club Costa Smeralda and the defending champions, the German touring Yacht-Club (DTYC). These 28 teams will fight for the title of Euorpe´s best sailing club and the eligible silver champions´ bowl by Robbe & Berking.