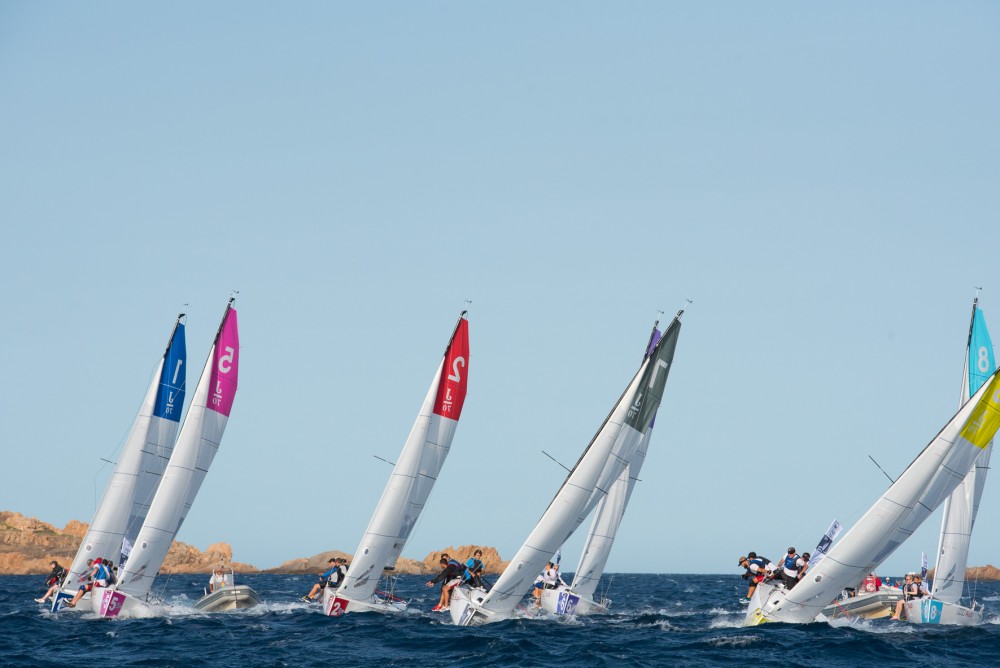 Sailors, clubs and sailing enthusiasts all over Europe are looking forward to the second edition of the SAILING Champions League, the new and trend-setting club competition from 18th to 20th September 2015 at the Yacht Club Costa Smeralda in Porto Cervo. As technology partners of the SAILING Champions League, SAP and Vodafone provide the necessary equipment for professional live broadcasting.

The German software company SAP has been supporting the international sailing sport for over four years and makes the complex sport visible, understandable and a real experience for sailors and spectators. The telecommunications company Vodafone is also more and more involved in events, offering the community the chance to experience events that can be difficult to access.

Alongside the “Race Management App” for the race committee, the “SAP Sailing Analytics” including a live overall ranking, GPS tracking with 2D and 3D analysis as well as different statistics (for example boat speed, number of manoeuvres, position in relation to the perfect course) will also be used in Sardinia. So everyone who cannot attend the event in Porto Cervo can still follow the exciting races online. The live broadcasting will be complemented by cameras on the water, on land and on the boats on Saturday and Sunday. For the onboard perspective, SAP and Vodafone are testing smartphones sending live pictures via 4G LTE technology from the water into the studio ashore. With the extremely fast Vodafone data processing network with 4G LTE technology, large data volumes can be transferred to the studio ashore despite the huge distance. Thanks to the cooperation with Vodafone, broadcasting of live streams will be easier than ever in the future.

A team of seven people from SailTracks will be taking over the live broadcasting in Porto Cervo for SAP. Marcus Baur, two-time Olympic participant in the 49er class for Germany, and the Olympic trainer Richard Parslow from Great Britain will comment on the event.

The innovative format of national sailing leagues and the SAILING Champions League are offering SAP an ideal platform to transmit club regattas for the clubs, fans and spectators. Currently, SAP is the technology partner of six national leagues – Denmark, Germany, Finland, Austria, Norway and Sweden – providing their software solutions and is an integral part of the “sailing league” format. The premiere of the SAILING Champions League last year in Copenhagen showed what modern live coverage of league events can look like, making the events more attractive for the organisers of the international sailing leagues.