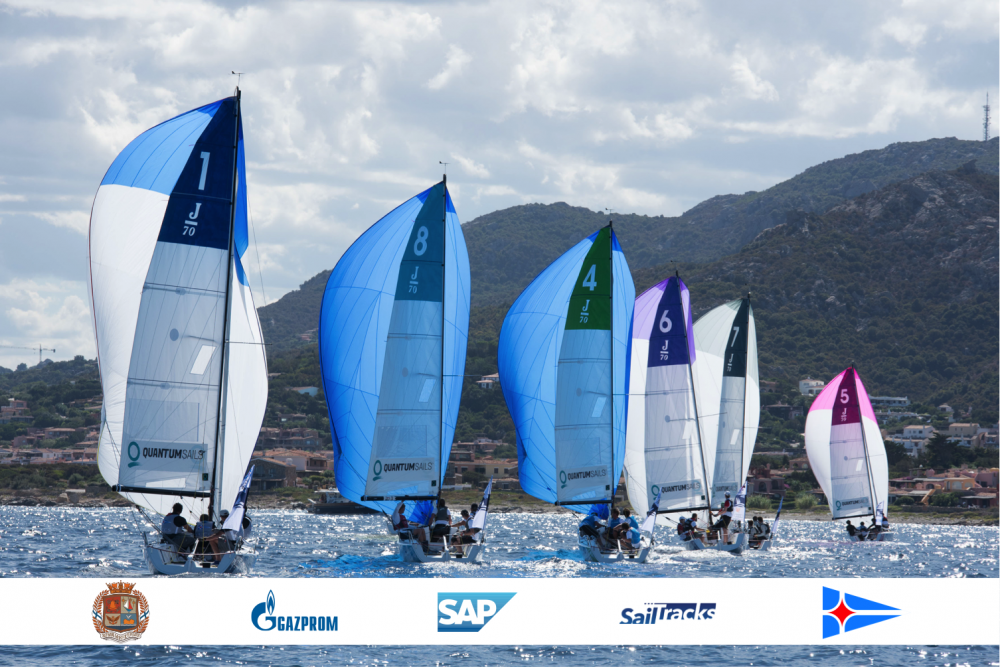 The SAILING Champions League (SCL) will start on August 26th in St. Petersburg. Clubs from all over Europe will arrive in the far north to obtain a starting position for the big SCL final at the end of September on Sardinia. As a technological partner of the SAILING Champions League SAP will provide technical requirements for professional live coverage. Organizers and partners expect a thrilling weekend with spectacular sailing pictures on Sail TV at a high international level.

All first and second runners up of the 14 national sailing leagues will be eligible for Act I in the far north, as well as the host (Saint Petersburg Yacht Club) and some elected participants with wild cards. Every participating Club will assemble a four-headed team consisting of their best sailors. The races will be sailed off the coast of St. Petersburg in Fleet-Race mode on eight boats of one-design class J/70. Short races, one-class boats and a standardized course should guarantee a competition at the highest level.

“This is the first season that the SAILING Champions League stages Act I and our Club is happy to be among the pioneers of the League movement that is fast growing every year. With support of the Gazprom Company, SAP, SailTracks and the League professional we aim to make this Act one to remember“, said Vladimir Lyubomirov, St. Petersburg Yacht Club Commodore.

On Saturday and Sunday the SCL will broadcast live from St. Petersburg. Races will then be streamed from 12:00 to 04:00 pm live in the internet. International sports reporters and sailing experts will comment on the races and make the sport of sailing easily accessible to everyone with the help of descriptive graphics and comprehensible explanations. All results and live streams can be found here: www.sailing-championsleague.com.

Act I in St. Petersburg will be followed by Act II a month later. The 16 best teams from St. Petersburg will meet the 14 league champions, the host (Yacht Club Costa Smeralda) and the SCL winner from 2015 (Royal Norwegian Yacht Club) in Porto Cervo. According to the well known mode one of these 32 yacht clubs will then be awarded the title of best European sailing club.

ALL INFORMATION FOR THE SCL EVENT IN ST. PETERSBURG HERE!