SAILING Champions League Off to a Flying Start 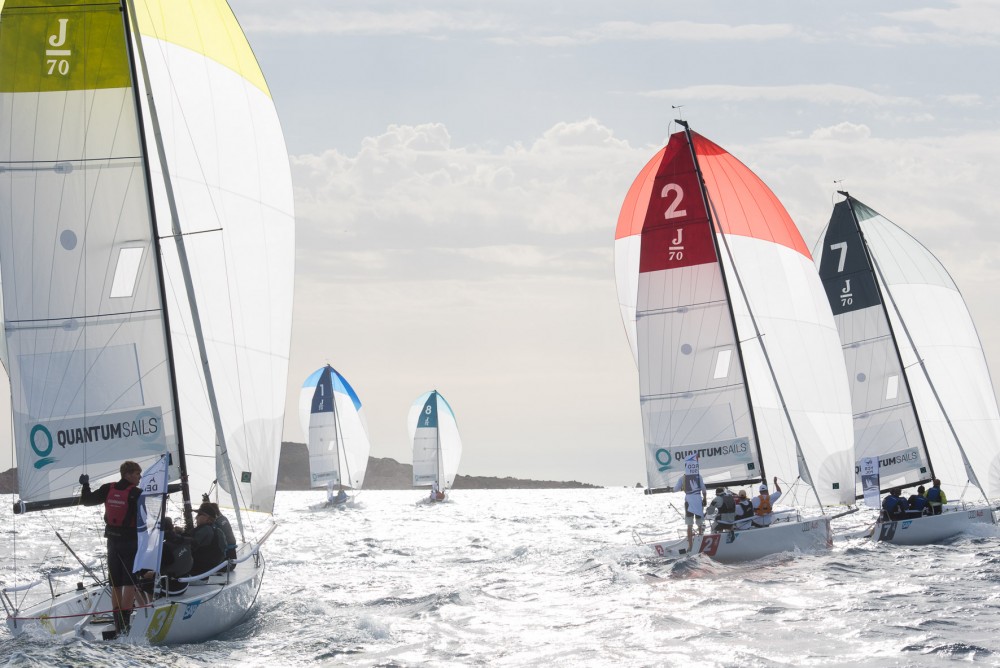 The SAILING Champions League regatta, which sees 30 teams competing on the waters of the Yacht Club Costa Smeralda (YCCS), got underway today with a typically brisk Sardinian mistral breeze. The participating teams, representing 14 nations, completed 7 races this afternoon before the wind reached 25 knots and a halt was called for the day.

With one race missing to complete the second of 12 scheduled flights, teams will be back on the racecourse bright and early tomorrow morning, accompanied by a 15-20 knot westerly wind.

Promising early performances were put in by the Norddeutscher Regatta Verein (NRV) of Ham- burg who chalked up victories in both of their races today. Norway’s Kongelig Norsk Seilforen- ing (KNS) also performed well, claiming a first and a second place. The Russian Team of Yacht Club Navigator (YCN), took a third and first place while the young crew representing the Deutscher Touring Yacht-Club (DTYC) who boast an average age of just 23 years – won their first race and came third in their second. With a possible 41 races left to run the games have only just begun however and the leaderboard tomorrow could well tell a different story.

“It was a pretty good day for us,” confirmed NRV helmsman Carsten Kemmling. “Our first race was dramatic because it was more survival mode in these conditions. It was a tough fight and a photo finish with the club from Geneva. In the second race we sailed without the gennaker so the boat handling was more important than tactics.”

The crew representing host club the YCCS also got off to a good start as they took victory in the first race of the event. “It was a good feeling,” commented team member Filippo Maria Moli- nari, “the team has trained well and we won with a good lead which is very encouraging even though we have only completed one race so far.”