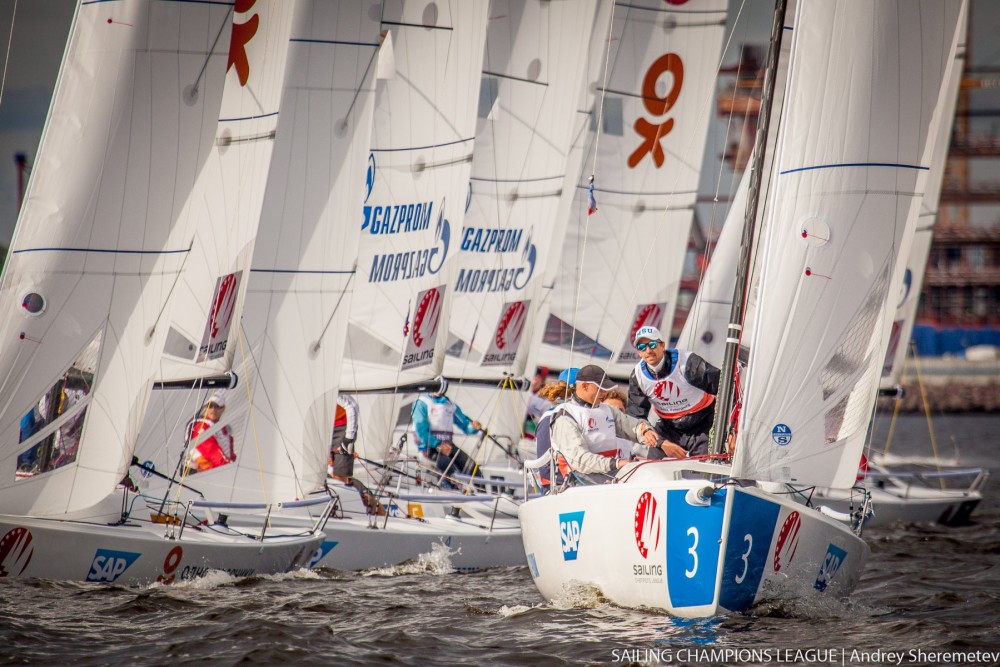 It was a successful first day of the SAILING Champions League in St. Petersburg (Act 1, 26th to 28th August). 23 Clubs from 12 nations were battling hard but fair in good conditions, which pleased both the host and participants. After day one, the Norddeutscher Regatta Verein (Germany) is leading the fleet, followed by the Berliner Yacht Club (Germany) and the Regattaclub Bodensee (Switzerland). The regattas will continue tomorrow morning at 10 am.

The Sailing Champions League is taking place for the third time in the history of sailing. Everybody is keen on participating in this new, international club competition. Today´s first regatta day provided the sailors with good conditions, allowing them to successfully complete 14 races. The Norddeutscher Regatta Verein is in the lead after four consecutive wins.

“We were a bit lucky in the first four races to win four times in a row. In the fifth race we misread the wind, but still managed to lead the fleet after the first day and of course we are very happy about that”, said Tobias Schadewaldt, helmsman of the Norddeutscher Regatta Verein.

Here in St. Petersburg 23 Clubs are fighting for one of 14 starting positions in the Grand Final in September in Porto Cervo. On Sardinia, it´s all about the silver bowl by Robbe & Berking and the title of Europe´s best sailing club.

The races continue tomorrow at 10 am. All regattas including the results can be viewed here: https://scl2016.sapsailing.com. The technology partners of the SAILING Champions League, SAP und SailTracks, will provide the necessary requirements to broadcast live on Saturday and Sunday from 12 am: https://sailing-championsleague.com