Start for the Champions League of the Sailors 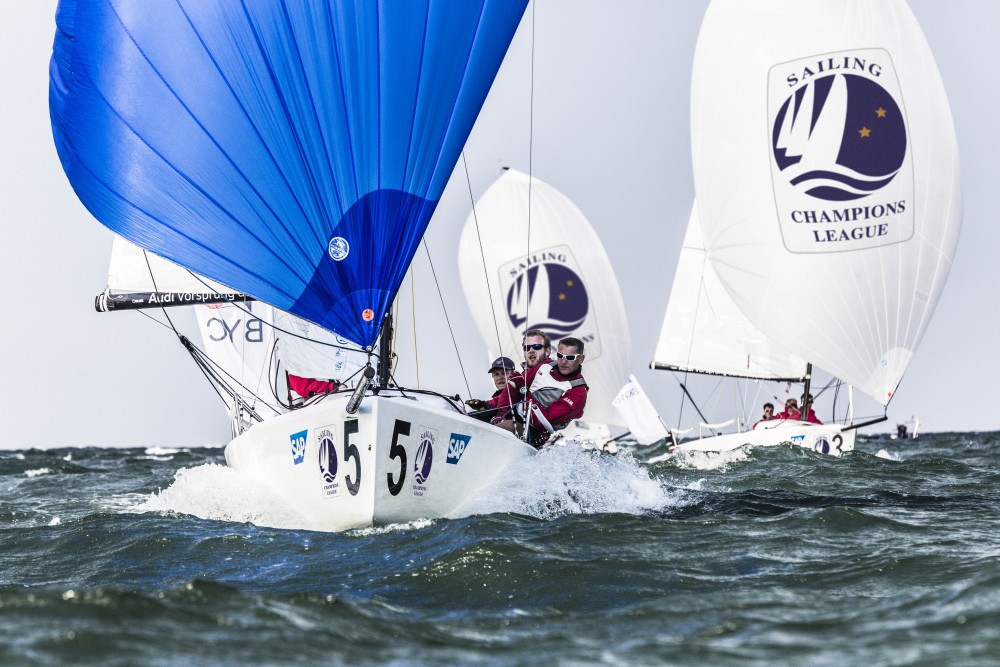 For the first time in European sailing history, the top European sailing club will be identified at the new SAILING Champions League, which takes place from 17th to 19th October in Copenhagen. Together, the German Sailing League (Deutsche Segel-Bundesliga), the Danish Sailing League (Sejlsportsligaen) and the European Sailing Federation (EUROSAF), are inviting 36 of the top sailing clubs, from 23 nations, to Copenhagen to compete for the title of Best Club.

The introduction of the SAILING Champions League (SCL) follows shortly after the national sailing leagues successfully started in Germany and Denmark. The first league was the German “Deutsche Segel-Bundesliga” (DSBL) in 2013. The format was the idea of marketing agency “Konzeptwerft”, in association with the leading German yacht clubs and the German Sailors’ Association. “After a very short time, we received inquiries from all around Europe and even from the USA and elsewhere outside Europe. Denmark was the first country to adopt the German model. The logical conclusion of this development is to create the SAILING Champions League, which will become the European league for the champions of the leagues in each competing country,” explains Oliver Schwall, CEO of the SCL.

The SAILING Champions League will take place for the first time in Denmark. Hosts are the German and Danish sailing leagues as well as the Royal Danish Yacht Club (KDY). “We will invite leading yacht clubs and are expecting sailing sport on the highest level,” says Lars Ive, Vice Commodore of the KDY. “The conditions for a regatta of this size are ideal in Copenhagen”.

Each participating club will send a crew of their four best sailors. They will sail in fleet races in Copenhagen on six J/70 one design boats, which have proven their worth in the leagues. Short races, one design boats and a standardized race course, will provide high-level competition. “The clear and simple concept of the Germans has motivated us to create the ‘Sejlsportsligaen’ together with the founders of the DSBL,” states Hans Natorp, President of the Danish Sailing Association. “The SAILING Champions League will convince further countries to establish a national sailing league”.

In 2015, the top two clubs from each of the European countries with national league will automatically qualify for the SAILING Champions League. If there is no national league in a country, the clubs qualify according to their status in the world rankings of the Olympic classes. There will be also wild cards available for selected clubs. The partnership with EUROSAF, as the Continental Sailing Federation for Europe, will secure the framework to enable the growth of the SAILING Champions League. “The idea of national club leagues is a game-changing format with significant potential for the future,” says Marco Predieri, President of EUROSAF. He adds “the SAILING Champions League is the logical upshot of the national sailing leagues, and we are proud to associated with the development of such an innovative project”.