Today is the start of the SAILING Champions League 2017 in St. Petersburg 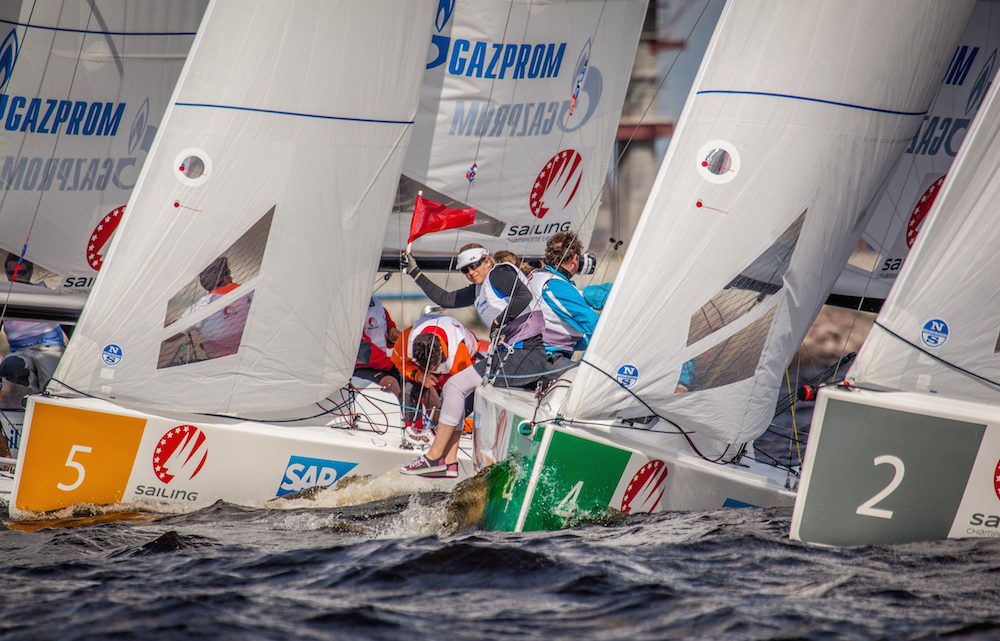 From a field of more than 200 sailing clubs all over Europe, 50 clubs from 13 different countries have qualified for the SAILING Champions League (SCL) 2017. The top clubs will sail in two events (Act 1 – St. Petersburg and Act 2 – St. Moritz) going for the much sought-after start places in the final in Port Cervo. The regattas are fleet racing competitions, sailed in eight boats, all of the one-design J/70 class. Today Act 1 starts in St. Petersburg.

21 of the qualified clubs from all over Europe will be attending this weekend (11 – 13 August) at the hosting club, the St. Petersburg Yacht Club. The top clubs will compete in the final, sailed in the very centre of St. Petersburg, right in front of the Peter and Paul Fortress. Among the participants are teams such as the Cape Crow Yacht Club (Swedish Champions 2016), Frederikshavn Sejklub (Danish Champions 2016) and Lord of the Sail – Europe (Russian Champions 2016). Some top sailors will be there, including Johannes Polgar, competitor at the 2008 Olympics in Xingdao, who is representing one of the two German teams (Norddeutscher Regatta Verein). Short races in identical boats over a standard course are sure to provide the tightest competition and plenty of excitement for spectators.

As a technology partner of the SAILING Champions League, SAP is providing professional livestream coverage with expert commentary. On Saturday and Sunday the races will be shown live on the Internet from 12:00 local time (12:00 GMT+3) onwards: www.sailing-championsleague.com. International sports reporters and sailing pros will comment live on the races, using SAP’s Sailtracks tracking technology, graphics and analytics to make the racing easily accessible to everyone, sailors and general viewers alike. All results are available at www.sapsailing.com.

previous article « Live broadcasting with SAP and SailTracks
next article Russian clubs leading after day one of the SAILING Champions League in St. Petersburg »