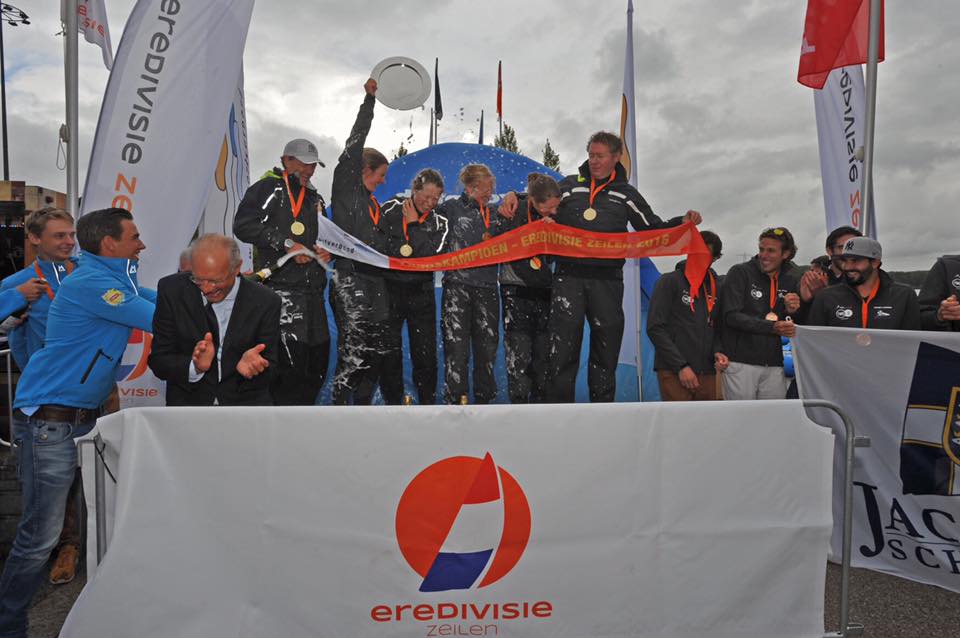 The Netherlands too crowned their national champions for 2016. The home team “WV Almere Centraal” grabbed the title at the final event of the Dutch Sailing League 2016 last weekend in Almere. The sailors from “KWS Sneek” and “Jachtclub Scheveningen” were second and third respectively. A total of 18 clubs competed in the Eredivisie Zeilen 2016, competing in 5 regattas at different venues: Monnickendam, Giesbeek, Aalsmeer, Veere and Almere.