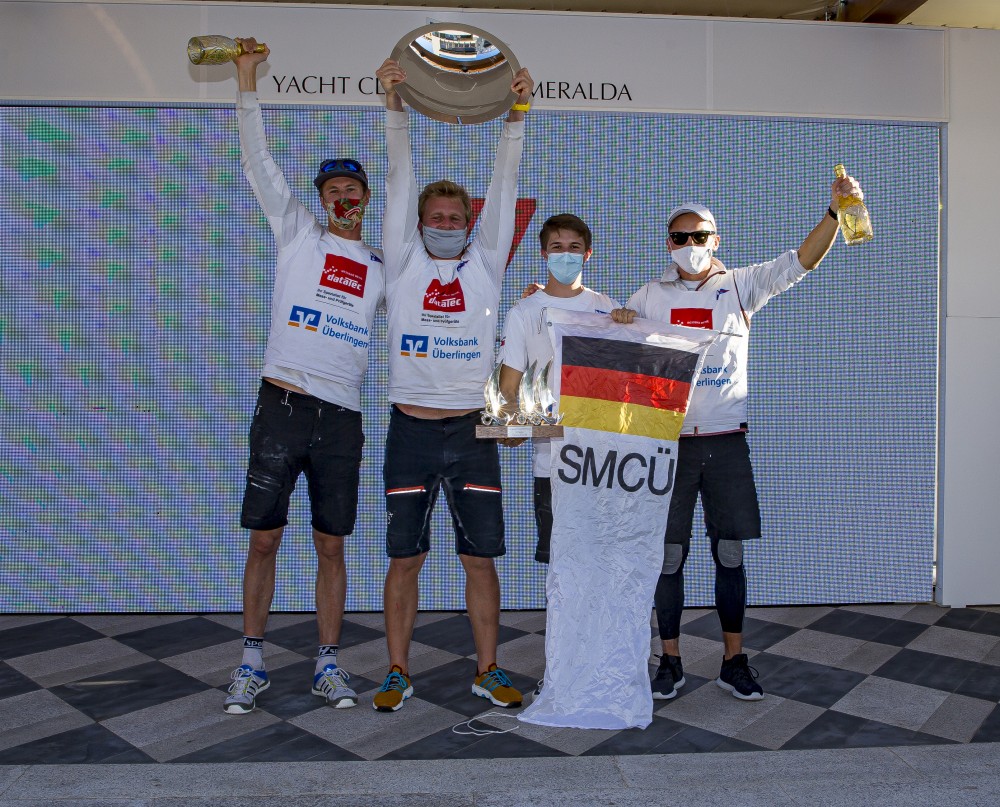 Porto Cervo, 18 October 2020 – In a super tight showdown on the final day the German team of Segel- und Motorboot Club Überlingen becomes the SAILING Champions League winner 2020. The thrill of the four-day regatta reached its peak in the final races of the best four of the twenty-seven participating teams from all over Europe. The result was open until the final crossing of the finish line in the last race. Two race wins in the Final Series were necessary for the overall victory and all four competitors were able to record one victory – Club Aeronautica Militare from Italy moved into the final with one victory advantage. In the end, the Italians finished second, followed by Seglervereinigung Kreuzlingen from Switzerland in third place and the Akhmat National Sailing Team of the Chechen Republic, belonging to the Russian Federation, in fourth place.

Michael Zittlau, skipper of the winning team, commented: „I still can’t believe that we just won the SAILING Champions League. It’s incredible, we’re from a small Club on Lake Constance in Germany and we came here thinking that we might manage to finish in the top ten at best. We were sailing against some top level teams, even in the final series we could barely keep up but in the end we won and it feels fantastic!“

On the decision day the racing was held under perfect conditions with lighter breeze than on the previous days of up to 15 knots from the north-west. Three more flights were held todaybringing the event’s total to fourteen completed flights counting 56 races.

Michael Illbruck, Commodore of the hosting club Yacht Club Costa Smeralda, had thesewords: “In four days we have seen all kinds of weather conditions, the teams sailed in gustsat up to 30 knots. I have to say that it has been a real challenge for the twenty-seven teams that have participated! Events like these embody the fundamental values of sailing likesporting spirit, competiveness and a sense of belonging with one’s club. We hope towelcome many teams again next year here in Porto Cervo!”

For all the results visit sapsailing.com. Press photos for editorial use are found here.