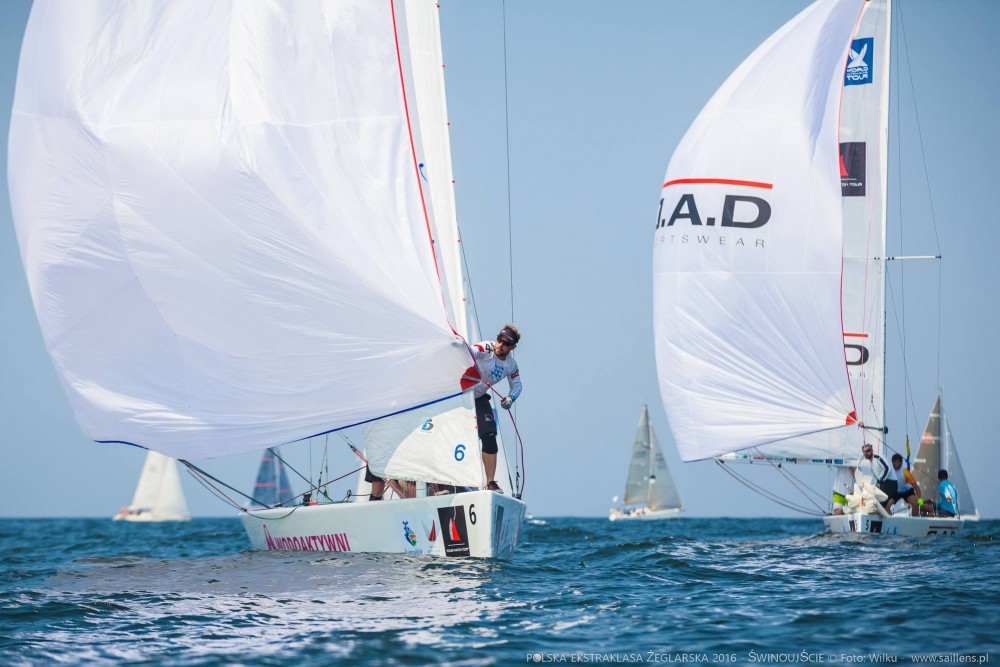 At the starting line, we saw again 13 clubs from across the Poland, which compete for the title of the best sailing club in the country. Lack of wind, storms and….. Euro 2016 ‘best of 16’ game between Poland and Switzerland was the story of the first day. The race committee managed to carry out only two races but the sailors were not disappointed after POL beat the SUI 🙂

Second day started with much better conditions and very good races of JK Kamień Pomorski and TŻR Szczecin. Surprisingly, winners of the first round MBSW Gizycko with Marek Stańczyk as a skipper and the last year champions from Yacht Club Sopot could not find a good way to finish in the top of the fleet. Especially the crew from Sopot sailed very poorly the entire regatta. Finally it was battle between Kamień Pomorski and Szczecin to win the event. Last race won by Patryk Zbroja and his team sealed the victory with TŻR Szczecin in the second and MBSW Giżycko in third as the team regained a good rhythm in the end.
Text: Polska Ekstraklasa Żeglarska
Final Results:
2016 Standings:
http://ligazeglarska.pl/tabela/
Picture: Wilku/Marek Wilczek
previous article « Long-awaited victory for the Oslo team
next article Hard fights and tough races in St. Petersburg »