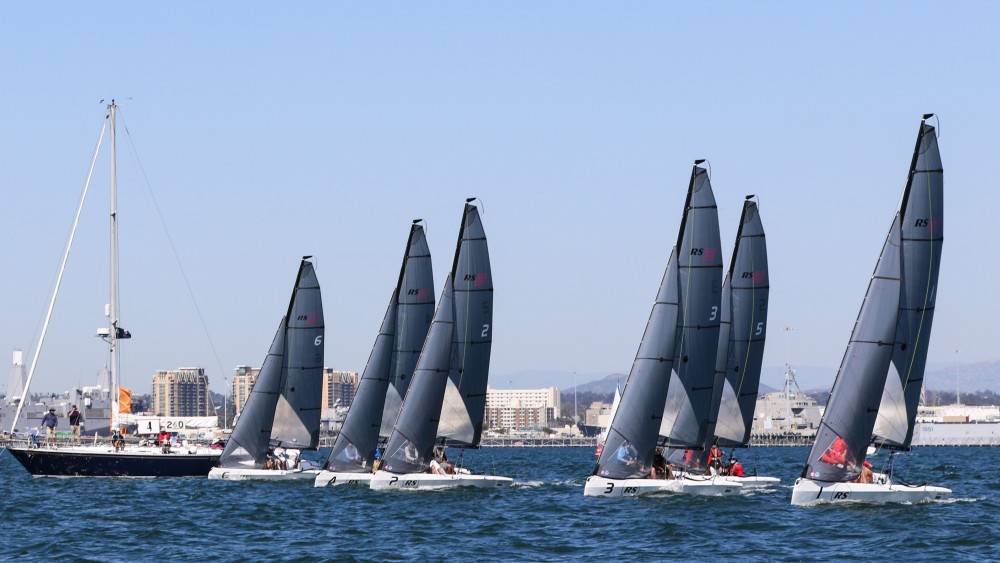 Two Royal Brighton Yacht Club youth teams are the first to register for the SAILING Champions League – Asia Pacific Southern Qualifier to be staged on the Sunday and Monday of the Australia Day long weekend out of Royal Geelong Yacht Club in Victoria.

The first event of the 2020 SAILING Champions League southern chapter, January 26-27, will coincide with the longstanding MacGlide Festival of Sails regatta RGYC has hosted for 177 years, adding a new teams racing option to the plethora of classes and divisions the annual regatta already offers.

RBYC head coach Adrian Finglas is very supportive of the National Sailing League directors’move to add the Southern Qualifier to the Festival of Sails timetable. “I reckon it’s great – it’s allthere at Geelong, a big event already happening with a lot of people who’ll get to see theleague concept. A lot of sailors from Victoria and New South Wales make up a huge Festival fleet and it might encourage some of the them to form a club team and give league sailing ago!”

Both RBYC teams will be spearheaded by Victorian skiff sailors who wrapped up their Hyundai 49er, 49erFX and Nacra 17 World Championship in Auckland recently, Laura Harding in the 49erFX skiff class and James Grogan in the 49ers.

The official boat for season two of the SCL Asia Pacific circuit is the RS21 keelboat, and a brand-new fleet of six RS21s recently arrived into Melbourne for owner/charterer New TackSailing. When the fleet isn’t being used for an SCL event or chartered for other regattas along the eastern seaboard, it will be based at RBYC.

The Southern Qualifier is open to club-based entries from Victoria, Tasmania, South Australia and West Australia. The Notice of Race and entry are available here. Entry includes umpired short-course round robin-racing on the supplied RS21 fleet, daily breakfast and afternoon BBQ, a great chance for sailors of all levels to mingle among the Festival of Sails offerings – live afternoon and evening bands, food trucks and stalls.

Both the Southern and Northern Qualifier, March 14-15 out of Hunters Hill Sailing Club, are opento mixed age, women’s and youth teams; with the mixed age and youth teams requiring at least one female, a quota that led to outstanding female representation at the inaugural Southern Hemisphere league Final run by the Royal Sydney Yacht Squadron in April.

With the announcement earlier this month of the expansion and first-ever SAILING Champions League – Asia Pacific series, Vuda Marina Yacht Club in Fiji acted quickly, taking up league membership paving the way for their team to travel to Sydney in April 2020 for the SCL – Asia Pacific Final on Sydney Harbour.

Up to six Pacific and New Zealand clubs plus up to six Asian sailing clubs will be invited to field entries for the culmination of the 2020 southern hemisphere league season, April 3-5.

Joining the New Zealand, Pacific and Asian ranks will be the top six Australian teams from both the Southern and Northern Qualifiers, making the three-day series a grand-scale international regatta to determine which clubs qualify for the 2020 SAILING Champions League Finals in Europe for open, women and youth.

Regatta, an invitational event in Newcastle, NSW in March 2020.