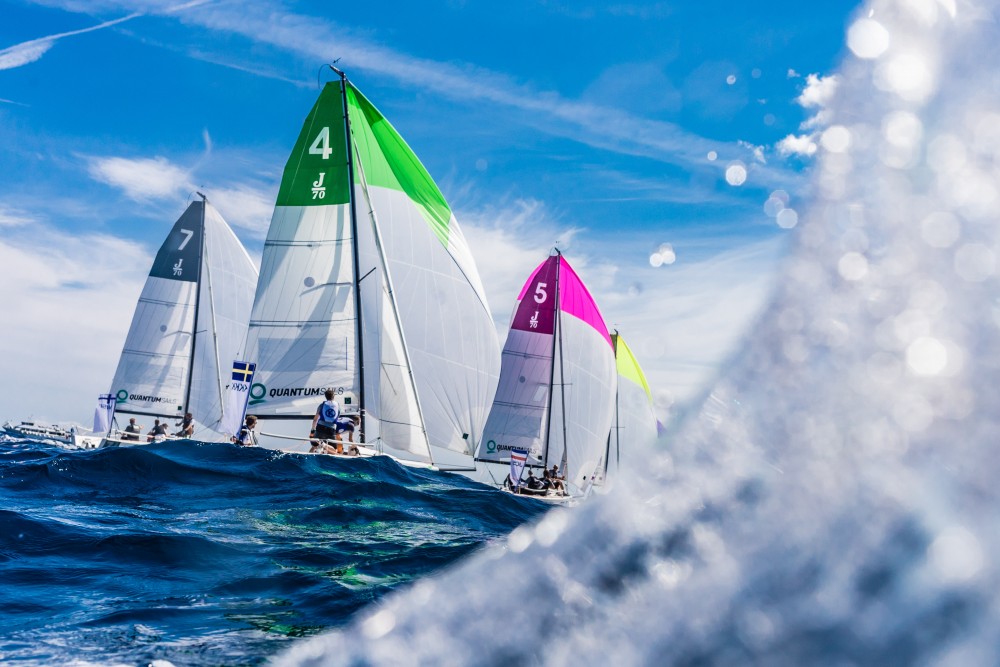 Teams are coming from all corners of Europe including Slovenia for the first time, but with a strong contingent from the Nordic and central European countries.

Among the strongest contenders with a proven track record in Porto Cervo is the club from Switzerland, Regattaclub Bodensee, which finished runner-up at the SAILING Champions League Final last season. Former Olympic 470 sailor Julian Flessati brings a strong crew to see if they can win this time on these azure waters.

Among those taking part in SAILING Champions League for the first time are the Royal Yacht Club Monaco, which is putting out an extremely accomplished team skippered by François Brenac whose CV is peppered with victories in major championships. The three- time Olympic campaigner for France has won world titles in the J/22 and J/80 keelboats and two campaigns for France in the America’s Cup. The front of his boat is no less impressive, including two of France’s greatest 49er Olympic skiff competitors, Stephane Christidis on tactics and Yann Rocherieux on mainsail trim. Newcomers they may be, but a crew of this pedigree has every chance of winning at its first attempt.

Representing Norway is Moss Seilforening with accomplished multihull sailor, Formula 18 competitor Karl-Einar Jensen proving in recent years that he’s also very well adapted to the short-course keelboat competition format of League sailing, while Finland’s Åländska Segelsällskapet is a serious contender for victory in Sardinia, as well. Among Daniel Mattsson’s crew is Staffan Lindberg, one of the best match racers in the world and well qualified to call tactics for the Finnish team.

According to Edoardo Recchi, Sports Director from the YCCS, there are no secret ingredients to success in the SAILING Champions League. “Just a lot of training and good teamwork. One of the most important things is starting at full throttle. You have to be awake from the very start and be ready to win the moment the first gun sounds.” Since the beginning, the YCCS has been a big supporter of SAILING Champions League and the league concept. “We organised the SAILING Champions League event in Italy in 2015 because we believe in the format. We felt that a serious challenge between clubs from all over the world was missing from our calendar at that time”, explains Recchi.

The YCCS regatta is the first of two semifinals, with the second semifinal due to be hosted by St. Petersburg Yacht Club in Russia from 3 to 6 August, just a few weeks before the 2018 Final which will be hosted for the first time by Segel-Club St. Moritz, high up in the Swiss Alps from 30 August to 2 September.

As with all SAILING Champions League events, the semifinal in Porto Cervo will be live broadcasted by SAP and SailTracks for the final two days of competition. You can follow the racing live on Saturday and Sunday at 12:00hrs (CEST) on sailing-championsleague.com. The SAP Sailing Analytics provide 24/7 additional statistics and data for sailors, fans, spectators and media like GPS tracking, real-time analysis, live leaderboard combined with 2D visualisation. You find all results on sapsailing.com!

previous article « Interview with YCCS: “We believe in the format”
next article All Eyes on SAILING Champions League 2018 »