Challenging conditions at day three in Tutzing at SCL Qualifier 2020 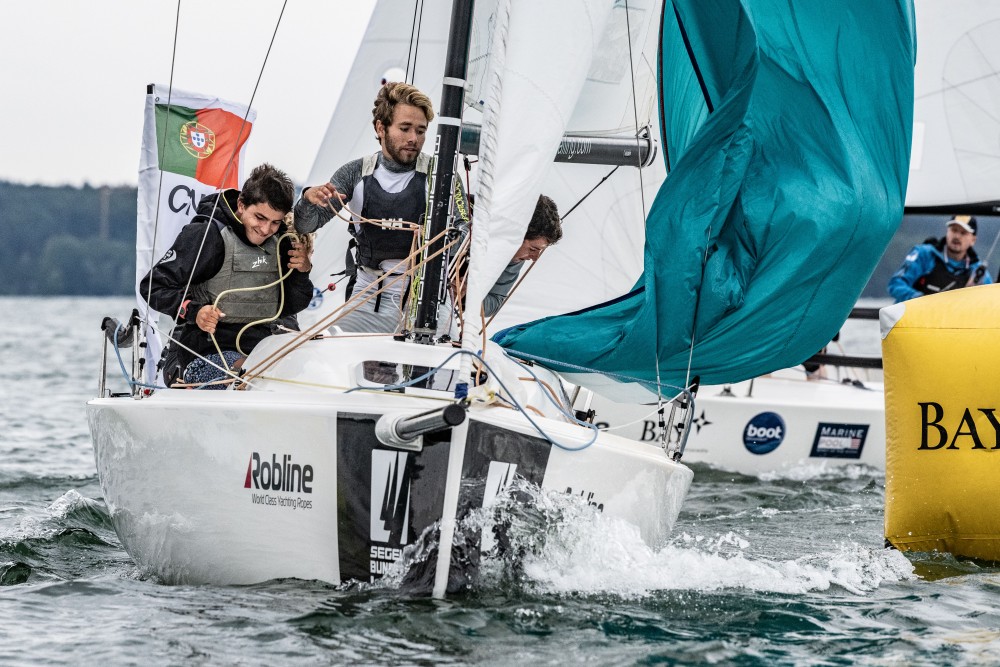 The weather in Tutzing showed its full variety on the third day of the SAILING Champions League: After an initial lull and summery temperatures a strong rain front with winds of up to 13 knots passed through. The extremely challenging conditions from south-, west- and northwinds brought advantages for the teams that were focussing on the wind fields.
After only a few races on day 1 until now 7 full flights are logged in.
Switzerland at the top of the leaderboard with Bordée de Tribord on rank one and Regattaclub Oberhofen on second place – followed by eight German teams in the top ten.
The team of Clube Naval de Cascais from Portugal – the youngest in the competition – around skipper Henrique Brites, showed high performance, too: Having the Atlantic Ocean as their home waters, they certainly found their way into the conditions at Lake Starnberg. Frustrating for the team, they didn’t finish their second last race in the end and dropped down on rank 15 in the leaderboard. Stay tuned for tomorrow – will the young crew from Portugal be able to catch up on decision day for the grand final in Porto Cervo, Italy?