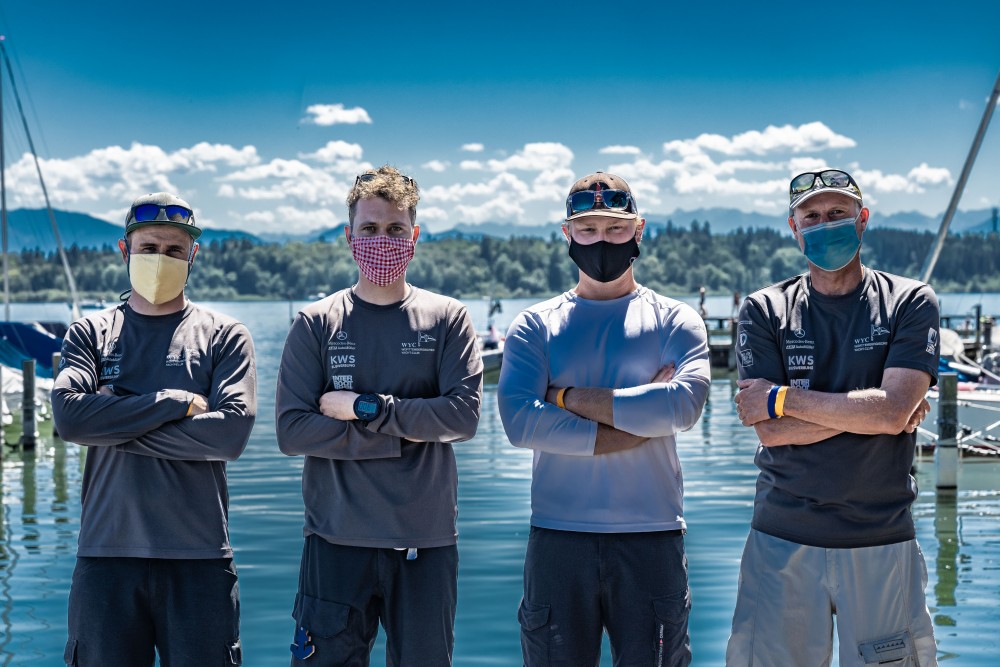 After four sailing days of the SAILING Champions League (SCL) qualifier on Lake Starnberg, the Württembergische Yacht-Club was able to prevail against its 22 competitors. Second place went to the Norddeutsche Regatta Verein, third place was taken by the team from Bordée de Tribord from Switzerland. In addition to the respective reigning champions of the 19 national leagues who have already been determined as finalists, the twelve best clubs of the Tutzing Qualifier have now qualified for the SCL Final in Porto Cervo, Italy, from 15 to 18 October.

Under ever-changing conditions on Lake Starnberg, four clubs, the Norddeutsche Regatta Verein, Bordée de Tribord, the Regattaclub Oberhofen and the Württembergische Yacht-Club, went through to compete in the four-boat final. At first the Norddeutsche Regatta Verein dominated, but the Württembergische Yacht-Club was the first to win the two races necessary for overall victory.

“We are totally overwhelmed,” cheered Conrad Rebholz, helmsman of the winning club. “We always wanted to keep the freedom to make our own decisions, to concentrate only on ourselves and not be distracted. We didn’t expect it to work out so well in the end, but we’re all the more pleased.”

The German teams had their home competition in Tutzing: Of nine participating clubs from Germany, eight secured a place in the final in Porto Cervo.

The following teams have qualified for the SCL final in Porto Cervo: