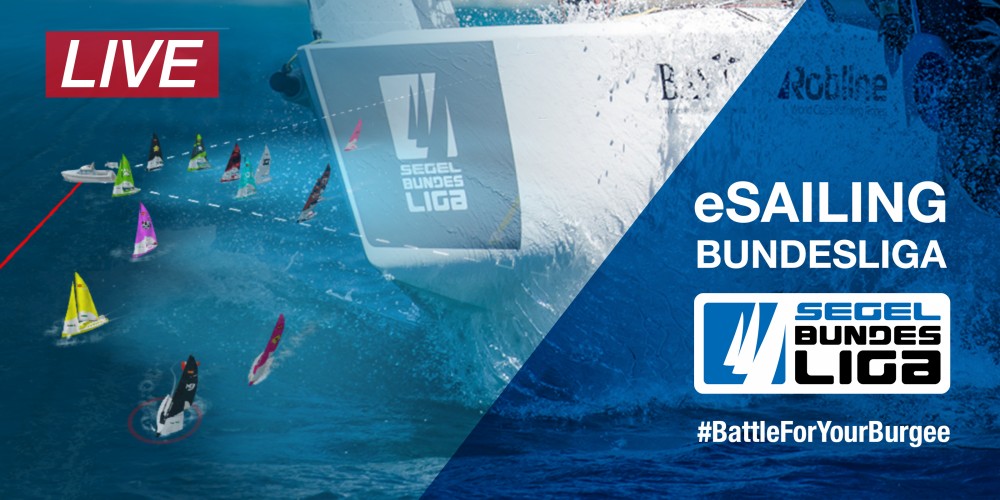 With an innovative eSailing format the German Sailing League opens the competition of the German sailing clubs already before the official start of the season. Sailing is increasingly arousing interest worldwide also as eSailing, now for the first time the German league will be held in this format: From April to June Germany’s sailing clubs will virtually sail for the title of the first eSailing Champion of the Sailing Clubs.

The German eSailing League is based on Virtual Regatta – a worldwide eSports provider – whose sailing regatta game can be played on both mobile and stationary devices. Within this platform, the organizers of the German Sailing League have set up a format series that is based on the German Sailing League: Club vs club, many short races as well as a fixed number of regattas, each consisting of five races. The first six clubs in the league ranking after seven acts then compete in the final for the title of the “eSailing Champion of the Sailing Clubs”. All races as well as the results will be broadcast live on YouTube, Facebook and segelbundesliga.de.

“These days we want to give sailors, clubs and league fans a chance to keep up our great sport and enthusiasm for the league: with eSailing connection in times of social distancing”, explains Anke Lukosch, project manager of the German Sailing League.

All German sailing clubs that are members of the German Sailing Association are eligible to start in the “eSailing-Bundesliga”. Each club nominates its best eSailors for this series, who take turns competing against each other. A first training regatta will take place on Wednesday, April 8th at 5:30 PM (UTC+2). The dates for all acts have been fixed:

The regattas of the German Sailing League itself are not affected by the new format: the results of the eSailing league are not included in the official sailing league ranking.

The idea to launch the German Sailing League virtually was developed together with the consulting company and long-time league sponsor BAY. In addition to many economic enterprises, the company also supports several sports associations and marketing companies. Karl-Christian Bay, managing director of BAY GmbH, sees great potential in virtual league sailing: “Especially in times like these, sport has an important task and can make a considerable contribution to making the current restrictions in public life more or less bearable. The approach of starting the German Sailing League virtually on the screen is trend-setting and can also provide a blueprint for other sports”.

You can find further information under segelbundesliga.de/eSailing-Bundesliga.