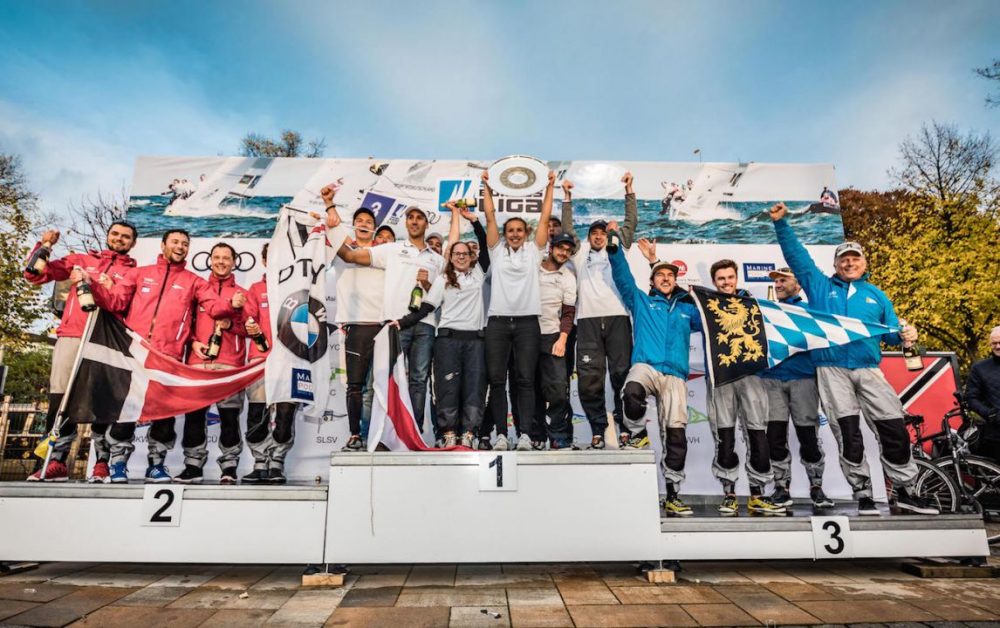 The final of the German Sailing League at the end of October in Hamburg was nerve-wracking – for the sailors and the fans. After some thrilling races, the Deutscher Touring Yacht-Club (DTYC) managed 10th at this regatta, which was just enough for them to retain their national title. DTYC also claimed the overall SAILING Champions League title in September, so this wrapped up a very successful season.

“It was a huge relief and we’re very happy to win again and securing the ‘double’ of German Sailing League and SAILING Champions League. We had to fight really hard. The other clubs are very strong and the conditions on Lake Alster, right in the centre of Hamburg, are incredibly tricky,” said their tactician Patrick Follmann.

As the current champion of the SAILING Champions League, the Deutscher Touring Yacht-Club has already qualified for next year’s SCL final in Porto Cervo in September. The other top 4 German clubs that will participate in either Act 1 or Act 2 of the Champions League 2017 will be:

The results of the German Sailing League: