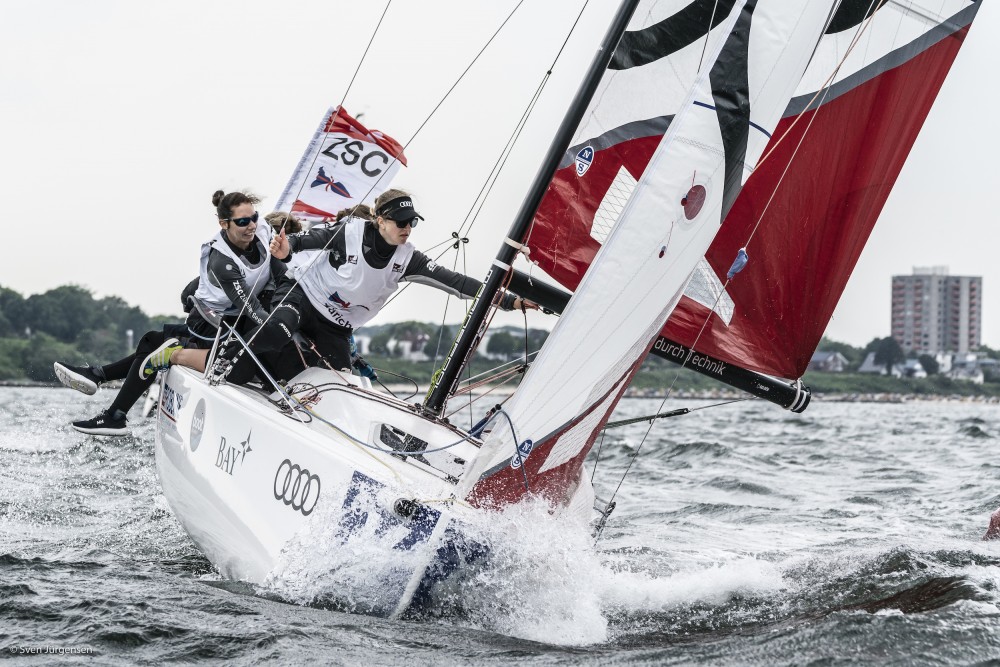 Hamburg, 6 March 2020: The second edition of the Women’s SAILING Champions League will take place from 23 to 25 October 2020 at the Clube Naval de Cascais in Portugal. League sailing has recently demonstrated massive growth outside Europe and with the new edition of the Women’s SAILING Champions League it sets another milestone in making the format even more attractive for female sailors. These encouraging developments show that the format continues gaining popularity among sailing clubs worldwide.

With the first edition of the Women’s SAILING Champions League in 2018, an international, club-based women-only competition was created and the foundation was laid to engage more female sailors in this club-versus-club competition. The development of women’s regattas has progressed widely also at national level. The ‘Women on Water’ (WoW) initiative originating in Denmark is now spreading rapidly and has already been adopted in several other European countries and proved a great success in 2019, not least in Portugal. Women-only keelboat regattas have also been established in Austria, France, Germany, Switzerland, the United States and the United Kingdom.

For Women’s SAILING Champions League 2020 each of the 20 active National Sailing Leagues gets the chance to send one team to the regatta. The International Sailing League Association (ISLA) leaves the decision which club to nominate for the event to the national leagues.

Vasco Serpa, promoter of the Portuguese Sailing League and the WoW initiative in Portugal, is one of the event organizers in cooperation with the Clube Naval de Cascais. He is very excited about hosting the women-only regatta: “We are super stoked to have the Women’s SAILING Champions League in Cascais. It is a natural step forward for a community that is already running very successful events at national level. Clube Naval de Cascais is ready and happy to receive all the female teams coming to the event and Cascais Bay will offer the perfect conditions for the sailors to perform!”