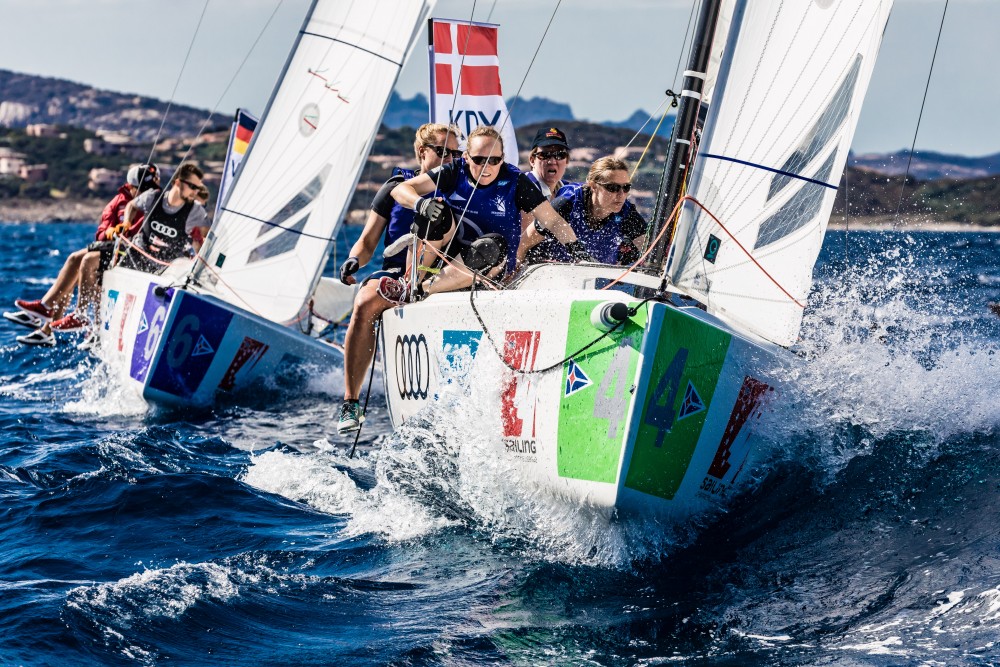 The first battle of all-female teams of the best international sailing clubs takes the stage at the world’s biggest sailing regatta in Kiel, Germany. Up to 24 teams from more than 17 nations will compete in the kick-off event of Women’s SAILING Champions League.

Each of the 17 European National Sailing Leagues gets the chance to send up to two club teams to the event. The organising authorities, ISLA and SAILING Champions League GmbH, leave the decision which clubs to nominate for the event to the national leagues. Additional spots will be granted as wild cards by ISLA and SCL.

Each club sends a team of four or five female sailors to Kiel. The familiar format with six to eight J/70 boats, a pairing list and short, spectator and media-friendly races will be used. The races will be broadcasted live with SAP tracking and SAP Sailing Analytics as part of KielerWoche.TV.

Peter Wolsing, president of ISLA says: “We are very excited that the league sailing format is growing so fast. We are happy and honored that our best women’s teams compete during Kiel Week in June and our best youth teams during Travemünde Week in July.”

Hosting clubs are the four organising clubs of Kiel Week: Kieler Yacht-Club, Norddeutscher Regatta Verein, Hamburger Segel-Club and Verein Seglerhaus am Wannsee. The latter club from Berlin will be responsible for the race management.