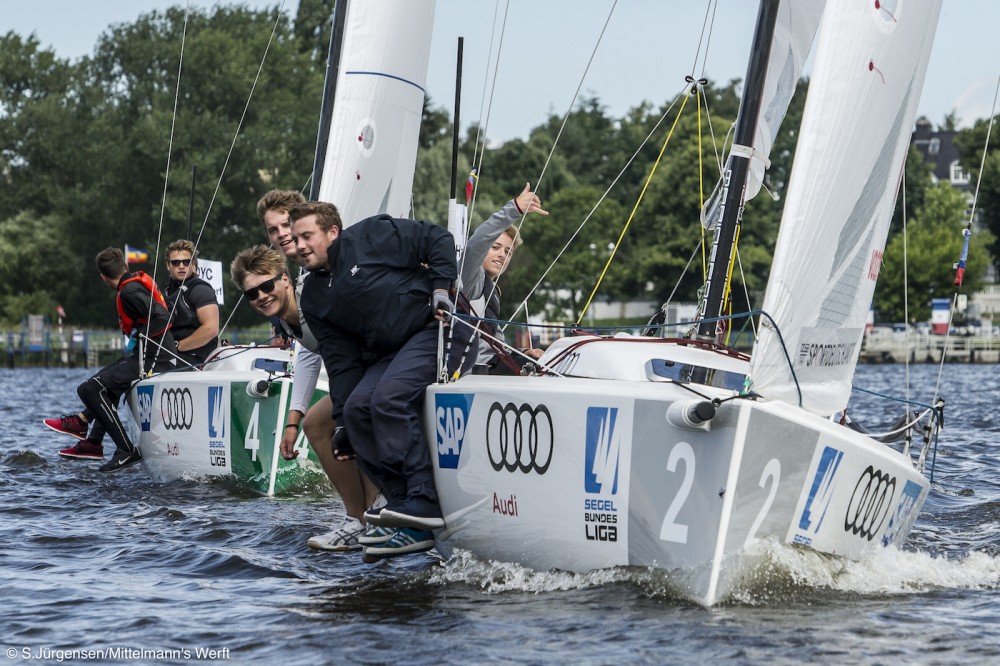 Youth SAILING Champions League kicks off from July 27 to 29 during Travemünde Week. Travemünde is an international top venue that hosts international youth championships for many years. Hence, the championship of the best youth club teams fits perfectly to the event strategy.

Most of the 17 National Sailing Leagues in Europe are already focusing on specific youth programs with either national Youth Sailing Leagues, own youth rankings or at least a quota for youth sailors for the clubs.

End of July, up to 28 teams from more than 17 nations will compete in the first event of Youth SAILING Champions League in Travemünde at the Baltic Sea in Germany. Each National Sailing League gets the chance to send up to two club teams to the event. The organising authorities, ISLA and SAILING Champions League GmbH, leave the decision which clubs to nominate for the event to the national leagues. Additional spots will be granted as wild cards by ISLA and SCL.

Each club sends a team of four to five youth sailors under the age of 23 (Born in 1995 or later) to Travemünde. The familiar format with six to eight J/70 boats, a pairing list and short, spectator and media-friendly races will be used. SailTracks provides the live broadcasting on behalf of SAP as “Official Technology Partner” of Travemünde Week.

Hosting club is Lübecker Yacht-Club as main organiser of Travemünde Week in close cooperation with the Travemünder Woche GmbH.