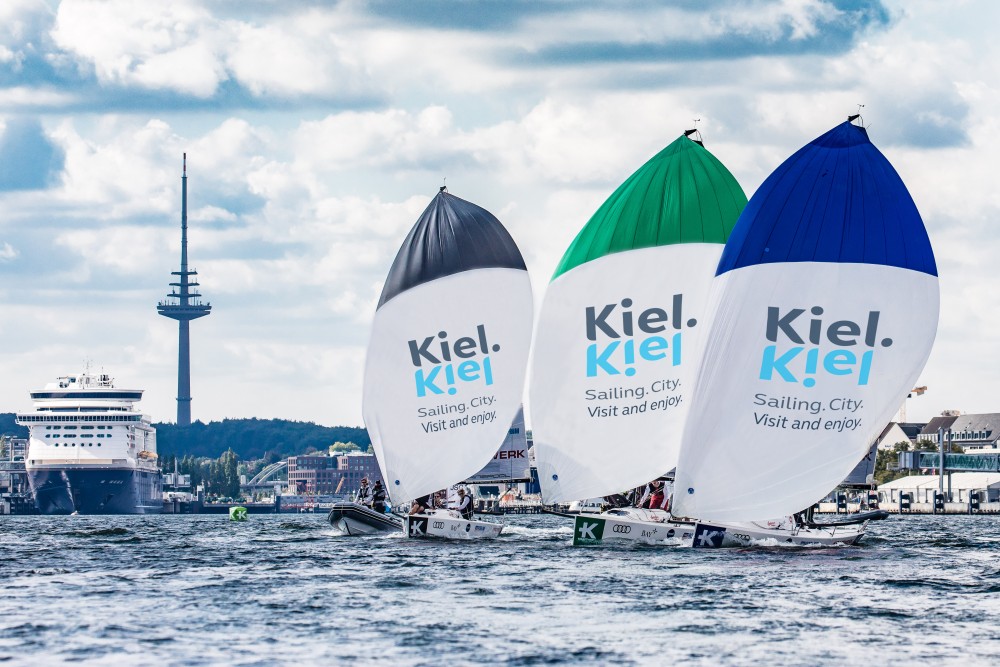 For the first time, the city of Kiel in Germany will welcome the best European sailing clubs of the SAILING Champions League on the Inner Fjord in the city centre. From 29 July to 1 August 2021, 27 clubs from 15 nations will be competing to qualify for the final in October in Porto Cervo on Sardinia. A total of 15 starting places for the SAILING Champions League Final will be awarded at the qualifying regatta in Kiel.

It will be a sailing spectacle in the heart of the city of Kiel, where the best sailing clubs in Europe from the National Sailing Leagues will compete for four days to qualify for the final. The clubs are representing Austria, Bulgaria, Denmark, Finland, France, Germany, Lithuania, the Netherlands, Norway, Poland, Russia, Slovenia, Sweden, Switzerland and the United Kingdom.

Kiel.Sailing.City and the organisers are planning 18 qualifying races for each club on nine one-design J/70 boats, known from many National Sailing Leagues, which will be changed after each race so no club can claim any advantage. After a total of 54 single races in the qualifying series, the best four clubs move on to the so-called “Final Four” and fight for the podium in up to four more races on Sunday afternoon.

The German club from ONEKiel finished as runner-up in the German Sailing League 2020 and is ready to win on their home waters and qualify for the final from 7 to 10 October 2021 in Porto Cervo. “We are happy to be part of the SAILING Champions League for the first time. To be sailing in our home town of Kiel right in the city centre next to the big cruise ships makes it even more exciting. Of course, our goal is to qualify for the final in Porto Cervo,” explains helmsman Ole Nietiedt.

The organising clubs are the TSV Schilksee and the Segel-Club Baltic. Alexander Florinski, Head of the Sailing Department at TSV Schilksee, is looking forward to meeting Europe’s sailing elite: “TSV Schilksee has been supporting the German Sailing League in staging the regattas in Kiel since 2018. The cooperation gives us a lot of pleasure. When the question came up about being involved in the SAILING Champions League, the decision was not difficult. Of course we will support this great event.”

The races can be followed live on site in Kiel in designated spectator areas but also via live stream on Saturday and Sunday on YouTube.

The broadcasting times for the live stream:

All information about the SCL Qualifier in Kiel here.