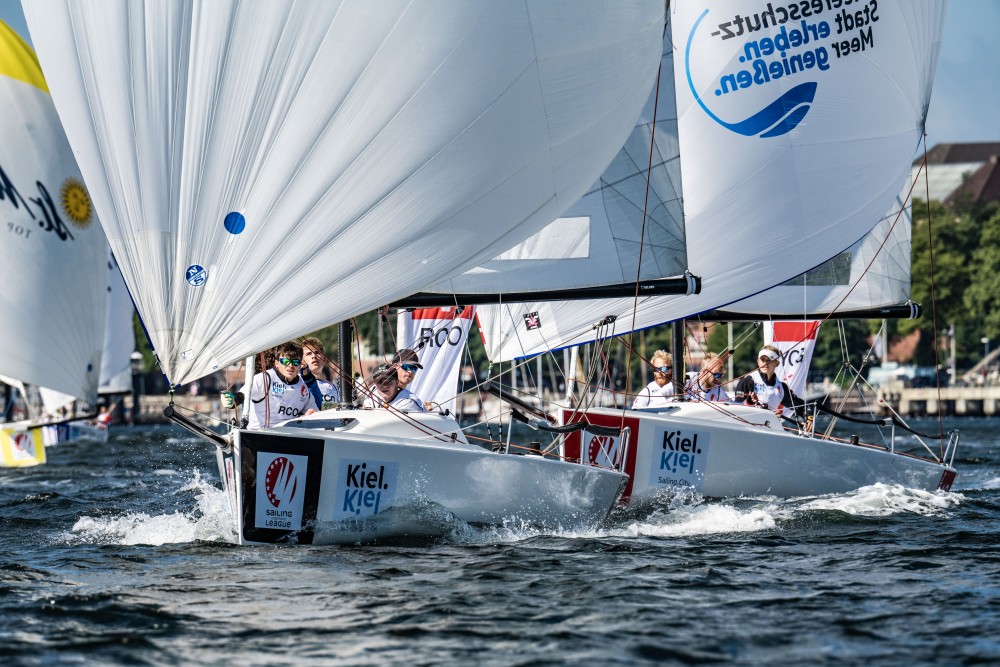 At the only SAILING Champions League Qualifier this year, the 25 sailing clubs from 14 European nations presented sailing at its best for four days in the city centre of Kiel. After a total of 50 races, the winner is Regattaclub Oberhofen from Switzerland. Two German clubs follow, in second place the Flensburger Segel-Club and the Verein Seglerhaus am Wannsee in third place. The best 15 clubs qualify for the Final of SAILING Champions League from 7th to 10th October 2021 in Porto Cervo.

For many clubs, it was the first regatta this year, so the stormy conditions of up to 36 knots on Thursday demanded everything from the sailors right on day one. With constant sailing conditions throughout the event, the clubs presented sailing par excellence for the spectators in Kiel.

The races of the so-called “Final Four”, the best four clubs, decided which clubs made it onto the podium. After 48 qualifying races, 16 for each club, the clubs in places 1 to 4 fought for the overall victory. Flensburger Segel-Club from Germany entered the final series as the leader of the qualification series with already one race win and needed one more victory to win the regatta.

In the end, the Swiss were the luckiest and had the stronger nerves. The youth team from Regattaclub Oberhofen with five sailors aged 17 to 20 won the first final race and also secured the overall victory in the SAILING Champions League Qualifier by winning the second race, pushing three German clubs to second to fourth place. “We are very happy about winning and being able to represent our club like this. We didn’t have any tactics in mind for the final races. After the first race win, we just wanted to keep calm – and that worked out. We would like to thank our club for trusting us and giving us the opportunity to compete against the ‘big guys’ here in Kiel,” said helmsman Nick Zeltner, who competed with Nilo Schaerer, Cedric Schenk, Laurent Stadler and Nicolas Wyss. 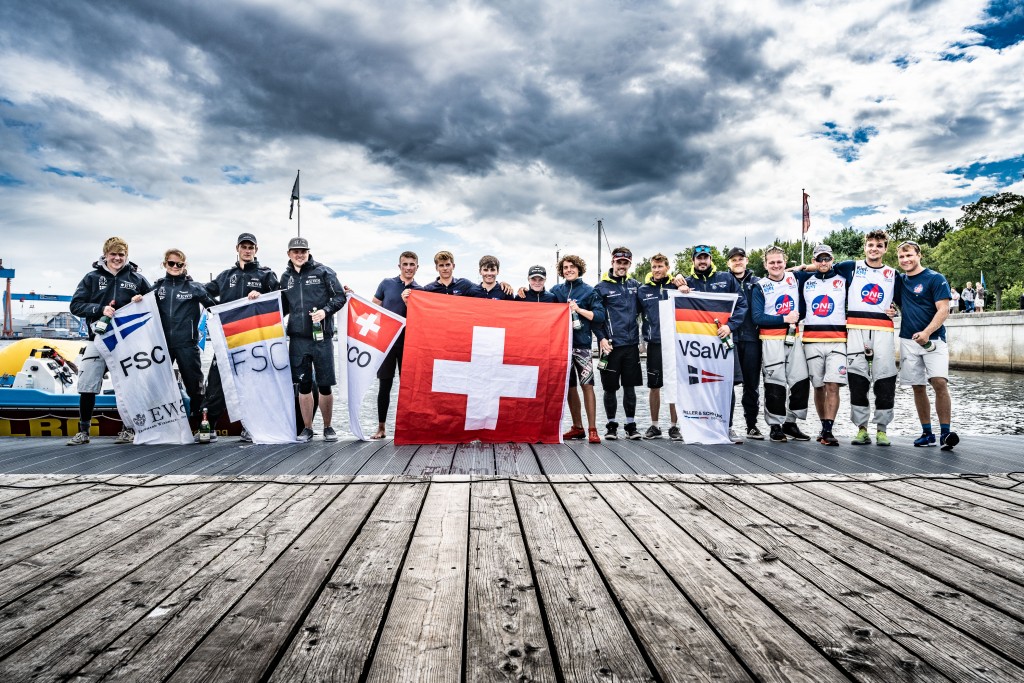 It was a sailing spectacle in the heart of the city of Kiel, where Europe’s best sailing clubs from the National Sailing Leagues competed from Thursday to Sunday to qualify for the SAILING Champions League Final in Porto Cervo.

“Once again, Kiel.Sailing.City lived up to its name over the last few days. The Inner Fjord proved to be a spectacular area with challenging conditions and challenged sailors from all over Europe. We are pleased to being able to offer the citizens of Kiel and tourists hands-on sailing,” explains Jonathan Hartmann, Head of Sailing & Business at Kiel-Marketing GmbH.

The city of Kiel hosted the SAILING Champions League Qualifier together with TSV Schilksee and Segel-Club Baltic.

The 15 qualified clubs for the SAILING Champions League Final in Porto Cervo: