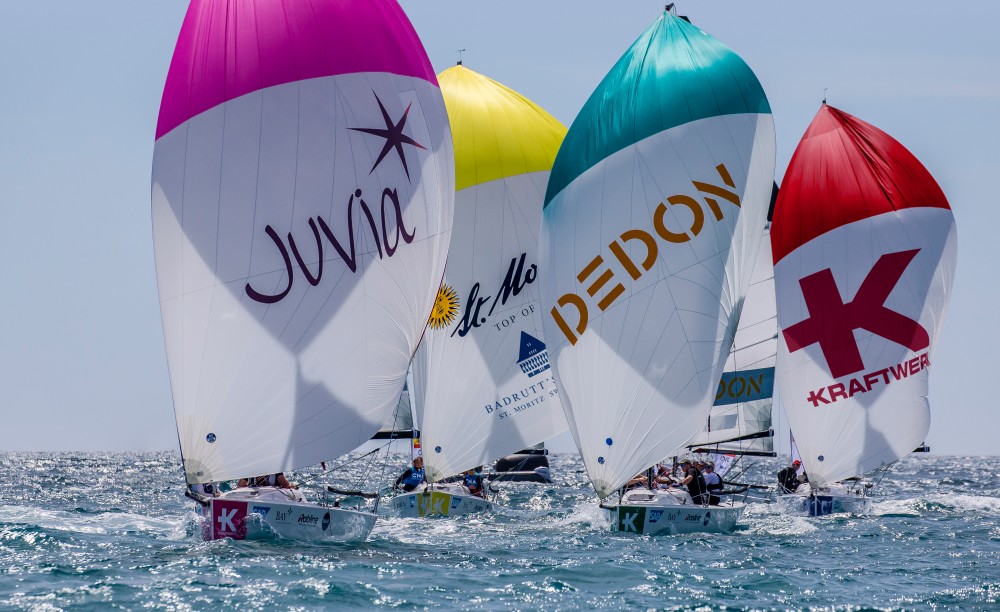 Twenty-four yacht clubs from ten nations are set to fight for the prestigious silver trophy in the SAILING Champions League Final 2019, due to take place in St. Moritz, Switzerland on 15 to 18 August. Whoever ends up earning the title of ‘Best Sailing Club of the Year’ will already be on a high, as they celebrate on the top step of a podium that stands 1,856 metres above sea level on the picturesque shore of Lake St. Moritz.

The venue is one to take the breath away, particularly for first-time visitors such as the crew members representing the Royal Sydney Yacht Squadron from Australia. This is the first time that Oceania is represented at the SAILING Champions League Final after the Aussie team earned their wild card at the National Sailing League of Oceania which was launched in April this year and is helping make league sailing an intercontinental success.

The host club of Sailing Club St. Moritz has been working closely with the city of St. Moritz and the region Graubünden to make sure that this gathering of international talent is given a world-class reception. Adrian Ehrbar, Director of St. Moritz Tourism, commented: “This event is an absolute high point of the year and builds on a long-standing sailing tradition in St. Moritz that dates back to 1939. It was in that year that the Zürich Yacht Club held their regatta in the Upper Engadine instead of in Zürich. Two years later, the St. Moritz Sailing Club was born. Thanks to the legendary Maloja winds, St. Moritz and the Upper Engadine have become world-renowned sailing destinations.”

The clubs that have made it to the Final qualified through one of three highly competitive Qualifiers, held earlier in the summer in Palma, Mallorca, followed by Porto Cervo on the northern coast of Sardinia and finally in St. Petersburg, Russia. The racing will take place in front of a spectator stand where fans and VIP guests can cheer the crews.

VIP guests, partners and journalists have the opportunity to take part in a Sailing Experience or a motorboat ride on Lake St. Moritz and to meet the sailors personally at meet and greets (registration required).

Livestream and results by SAP
The final two days of racing on Saturday and Sunday will be live broadcasted by SAP, with expert commentators providing blow-by-blow analysis of the racing, aided by the detail provided by SAP Sailing Analytics. The SAP Sailing Analytics provide 24/7 additional statistics and data for sailors, fans, spectators and media like GPS tracking, real-time analysis, live leaderboard combined with 2D visualisation. You find all results on sapsailing.com.