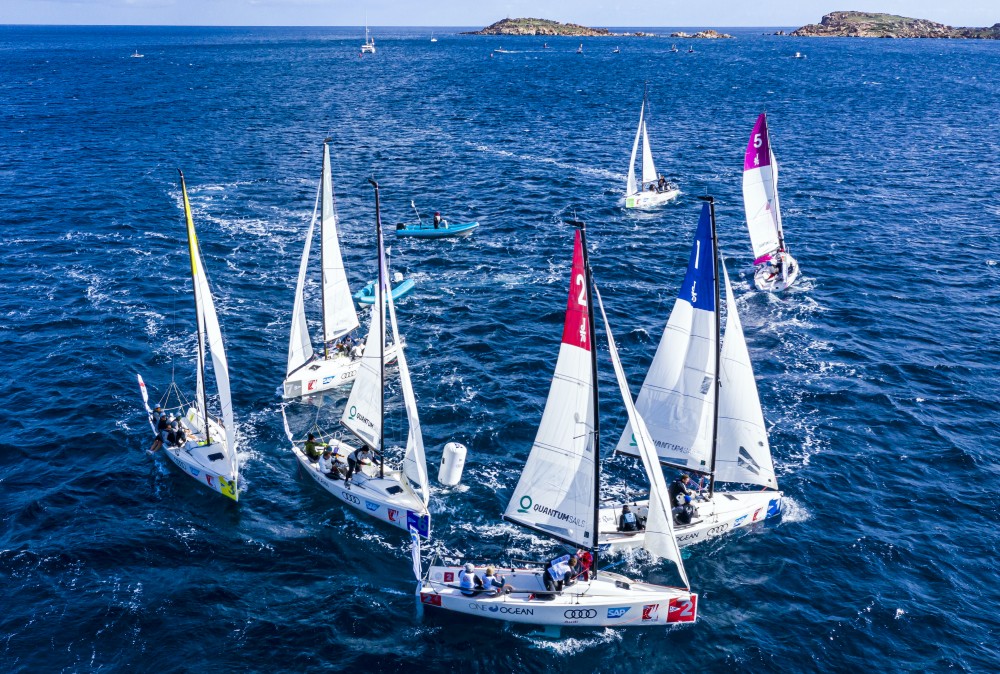 The 2021 season is coming to an end for many National Sailing Leagues, but the highlight at European level is still to come. The final of the SAILING Champions League will take place from 7th to 10th October 2021 in Porto Cervo in Sardinia. The best 30 sailing clubs from 15 countries will compete for the title “Best Yacht Club of the Year” at the hosting Yacht Club Costa Smeralda. On Saturday and Sunday, SailTracks will broadcast the races live.

For many clubs from the National Sailing Leagues, the final of the SAILING Champions League (SCL) is the highlight of the season. To compete against the best clubs from Europe over four days off the coastline of the Costa Smeralda is in the top position on the personal wish list of the sailors.

The best 30 clubs from 15 European countries will come to the SCL Final: Austria, Denmark, Finland, France, Germany, Italy, the Netherlands, Norway, Poland, Portugal, Russia, Spain, Sweden, Switzerland and for the first time Turkey. 12 clubs are directly qualified for the final in Porto Cervo as national champions of their National Sailing League from the previous year, 12 clubs secured their starting place at the SCL Qualifier in Kiel, Germany, in July. The remaining places were allocated by wild cards.

Up to 76 races are scheduled from Thursday to Sunday at the Yacht Club Costa Smeralda. After the qualification series starting on Thursday at 13:30hrs and ending on Sunday around noon, the best four clubs will move into the so-called “Final Four”. In up to four final races, it will be decided which club will emerge as the winner of the SAILING Champions League 2021 and whose name will be engraved as the eighth winner on the silver trophy.

As usual, SailTracks will broadcast the races live on YouTube on Saturday and Sunday from 12:00 to 16:00hrs (CEST). The British sailing experts Andy Rice and Mark Rhodes will comment on the races from the studio, while Nynne Ammundsen from the Danish Sailing League will follow the action on the water.

The broadcasting times for the live stream: