2nd Qualifier of the eSAILING Champions League powered by BAY 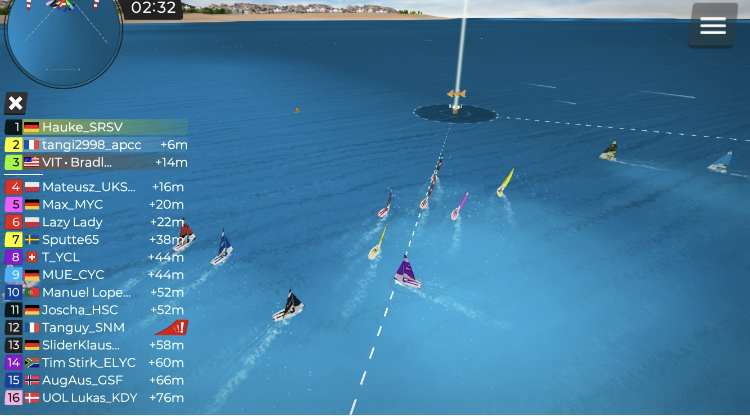 The second qualifier was sailed today from 6 pm in Palma. After 20 races the next 16 finalists have been determined:

Tim Carpentier from CV Marseillan made it all the way to the top. The Frenchman started the series with a first place. In the second race he made a bad decision, but it did not affect his overall victory: “I thought the wind would shift to the left but I was wrong. So it was difficult on the downwind course but I had a good comeback and managed to save myself to 4th place.” Two more first places and a third place followed.

Jonathan Koch and Til Krüger from Germany commented live on the races on twitch.

All results can be found at sailranks.