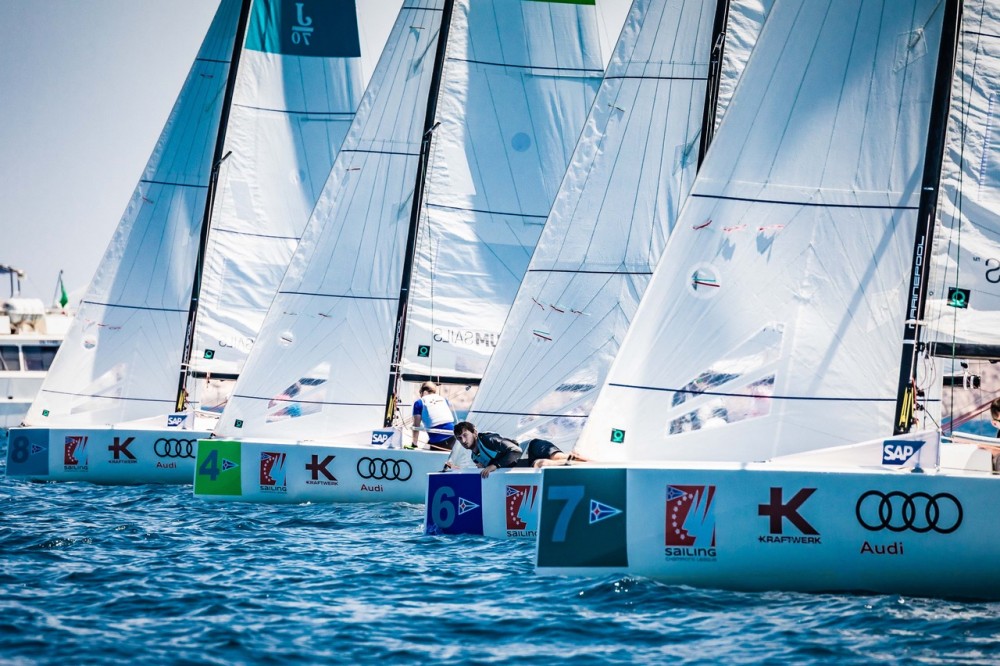 The Youth SAILING Champions League is the latest innovation to be launched out of the successful SAILING Champions League format, and 18 crews from eight nations are getting ready to compete against each other in Travemünde, Germany, from 27 to 29 July. The first-ever league competition exclusively for sailors from 16 to 23 years old at Travemünde Week attracts prestigious yacht clubs from Austria, Croatia, Denmark, Finland, Germany, Italy, the Netherlands and Switzerland. These talented young sailors will be the first to trial a new Final Series format to determine the regatta winner.

Some of the yacht clubs are already well-versed in the short-course windward-leeward style of racing that takes place in a professionally-maintained fleet of J/70 sportsboats. The Royal Danish Yacht Club (Kongelig Dansk Yachtklub) recently won the inaugural event in the Women’s SAILING Champions League at Kiel Week, in addition to also leading the overall standings at this stage of the Danish National Sailing League 2018. Can helmsman Emil Kjaer uphold the honour of his prestigious Copenhagen yacht club against some stiff competition from across Europe?

Other clubs with good form at the senior level include Circolo della Vela Bari, with the team from southern Italy clinching the first SAILING Champions League semifinal in Porto Cervo a few weeks ago. There is nothing to stop the under-23 sailors from competing in the other League events, and it’s those that carry prior experience through from other regattas that are likely to be threatening for the podium in Travemünde.

Catharina Sandman, one of 17 female sailors competing in Travemünde, from the Finnish entry Nyländska Jaktklubben said: “Our team consists of two girls and three boys and our background is mostly in dinghies such as the Optimist, Laser, 29er and 49er. We have all been sailing together since we were kids mostly competing against each other so we are really excited to finally team up and join forces. We are very much looking forward to the first Youth SAILING Champions League and we are expecting tough competition with great spirit.”

Now the Final Series can begin with just four boats in the race, and the teams will race against each other until one team has won two races. If the winner of Qualifying wins the first race of the Final Series, they become the outright winner of the regatta. On the other hand, the maximum number of races that could take place is four, if the race wins have been evenly distributed across all four teams.

Founder and co-organiser of the SAILING Champions League, Oliver Schwall commented: “We’ve got a good feeling about this ‘first to two wins’ format. It’s an experiment, but the beauty of this system is that the winner of the last race becomes the overall winner. We feel that this system offers a good balance between rewarding a consistent performance throughout the Qualifying stage, while also keeping the tension and excitement until the very last race of the competition.” 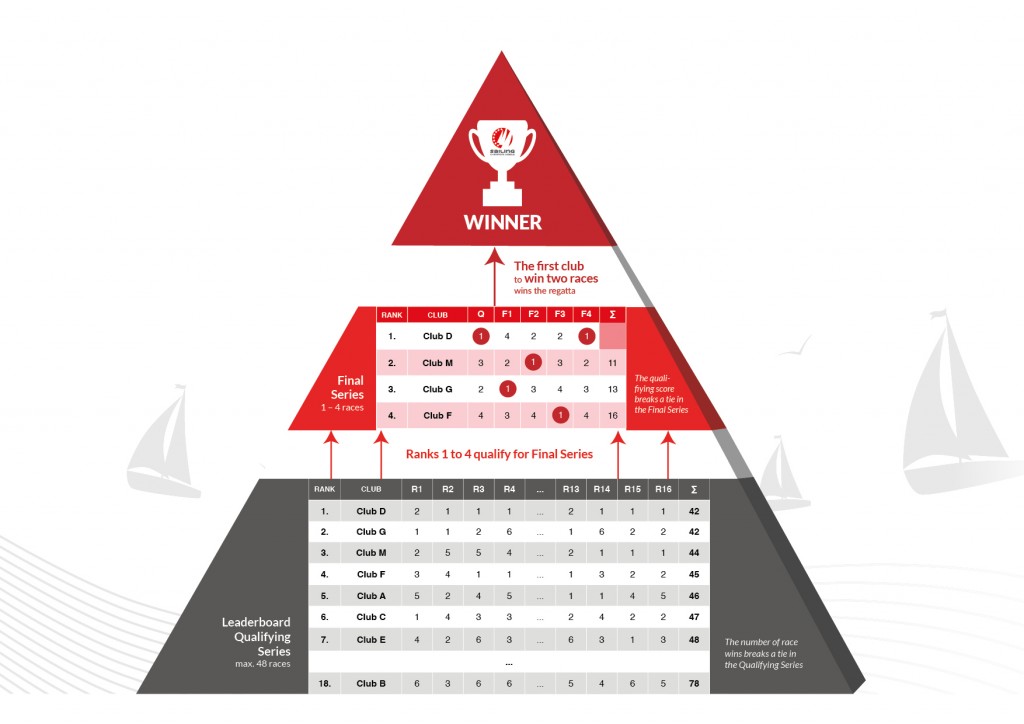 The youth competitors will be following in the footsteps of the senior circuit, with 36 clubs having just raced at Travemünde last weekend for the German Sailing League.

Nynne Ammundsen, General Secretary from ISLA (International Sailing League Association) was delighted to see such a good showing of teams from across Europe: “Following the runaway success of the league format over the past five years, establishing a youth league was an obvious next step. We’re delighted to see such a strong uptake for this first event in the Youth SAILING Champions League and I’m sure the competition will be every bit as fierce as we see at the senior level. The youth is the future and therefore ISLA can only applaud all the great work that has been done so far to make the Youth SAILING Champions League event happen.”

Livestream and results by SAP
The races on Saturday and Sunday will be live broadcasted by SAP from 12:00 hrs (CEST), with expert commentators providing blow-by-blow analysis of the racing, aided by the detail provided by SAP Sailing Analytics. The SAP Sailing Analytics provide 24/7 additional statistics and data for sailors, fans, spectators and media like GPS tracking, real-time analysis, live leaderboard combined with 2D visualisation. You find all results on sapsailing.com!

You can follow the action on Sunday here: youtube.com/watch?v=2MC2Ktdt6UA

The broadcasting of the Final Series starts on Sunday at 14:00 hrs (CEST).