Last Chance to Qualify for the SCL Final at Qualifier 3 in St. Petersburg 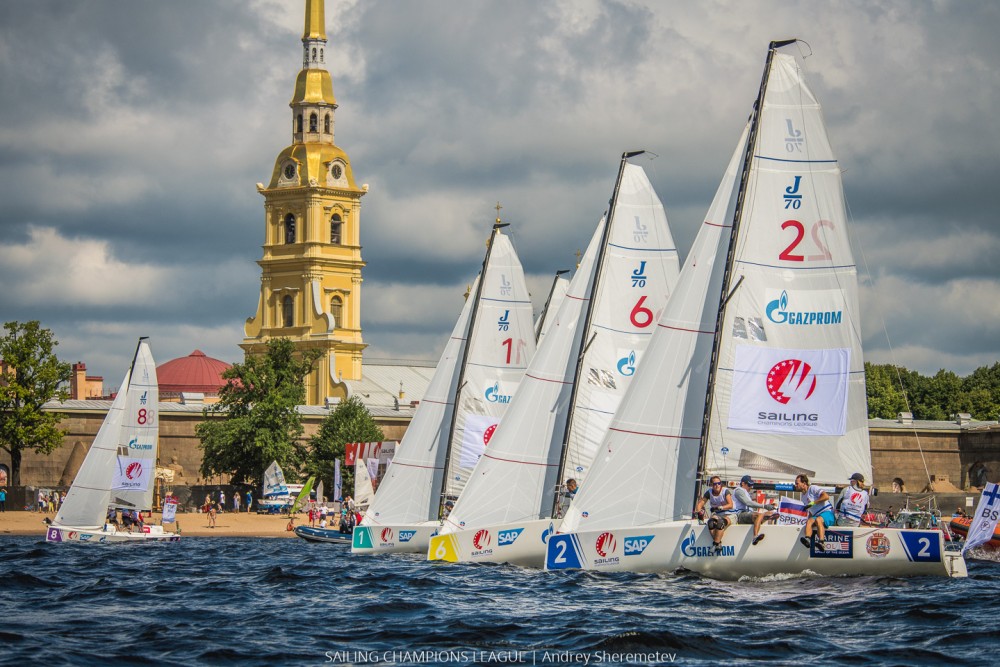 The last opportunity to qualify for the Final of the SAILING Champions League 2019 is coming up soon – the third and last qualifier which takes place in St. Petersburg, Russia, over four frenetic days from 4 to 7 July. Racing on the Neva River, amid the spectacular scenery of St. Petersburg, is a humbling experience. It’s also a challenge, with shifting winds and strong currents. There are 20 clubs from 12 nations (Austria, Denmark, Finland, France, Germany, Italy, Lithuania, Netherlands, Poland, Russia, Sweden, Switzerland) fighting for six places that are available for a ticket to the Final in St. Moritz in August.

A first time entrant to the SAILING Champions League is Club Vela Portocivitanova from Italy. “It is a great honour and responsibility for us to be representing the Club Vela Portocivitanova,” said helmsman Michele Regolo. “This is the 70th anniversary of our club, 70 years of sailing history with sailors competing in the America’s Cup, Olympic Games and having multiple ORC world champions and medallists. To bring our club to race among the best in the world for the SAILING Champions League is already a pleasure for us. Not only are we looking forward to a great competition in St. Petersburg but it is also our mission to try to qualify for the final in St. Moritz.“

This is the fourth occasion that St. Petersburg Yacht Club will have hosted a SAILING Champions League regatta, and it’s an association that works well for both parties. “Saint Petersburg hosts the largest sailing events every year. Sportsmen meet at the competitions at one of the best water areas of the world, surrounded by beautiful historical buildings of the Northern Capital’s center. St. Petersburg Yacht Club sees its mission in uniting people around yachting and promotion of the maritime culture. We are glad to host guests from various countries and make their stay maximum comfortable and exciting” said Elena Soloveva, Head of Projects from St. Petersburg Yacht Club.

In total 24 clubs will be coming to race in the big final which will take place from 15 to 18 August high up in the Swiss Alps, in St Moritz.

Livestream and results by SAP
The final two days of racing on Saturday and Sunday will be live broadcasted by SAP, with expert commentators providing blow-by-blow analysis of the racing, aided by the detail provided by SAP Sailing Analytics. The SAP Sailing Analytics provide 24/7 additional statistics and data for sailors, fans, spectators and media like GPS tracking, real-time analysis, live leaderboard combined with 2D visualisation. You find all results on sapsailing.com!